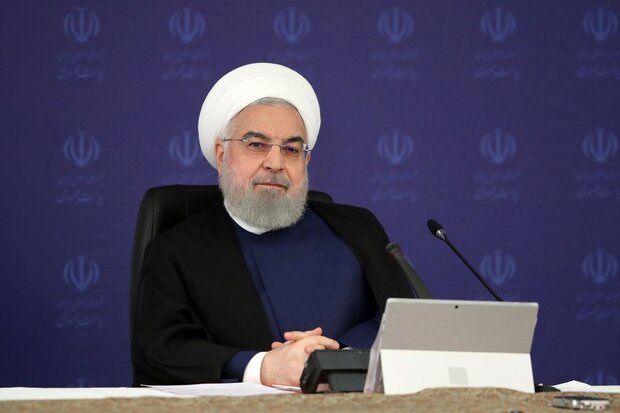 The head of the Supreme Council of the Cultural Revolution, stating that the application of sanctions by the enemies has been more important in the matter of imports, said: , Is annoying.

Rouhani expressed hope that with the guidance of the Supreme Leader, we will be able to overcome the sanctions and enter the field of global competition in the field of digital economy and knowledge base.

The head of the Supreme Council of the Cultural Revolution stressed the need for private sector participation to invest in nanotechnology, adding: “The work of our youth and scientists in the field of nanotechnology is very valuable and must be developed.”

Rouhani stressed the importance of the role of nanotechnology in the health sector, especially during the corona outbreak and in meeting health needs such as masks and ventilators, and appreciated the efforts of the country’s experts in this field and said: the revolutionary, national and Islamic spirit of the country’s young generation. It has played an important role in the development of new technologies such as nanotechnology, biotechnology and nuclear, and this role should be strengthened and highlighted as much as possible.

The meeting also reviewed the global experiences of educating children between the ages of 3 and 6, and members agreed that there should be a more serious focus on education in this course and a more appropriate per capita allocation. Based on this, it was approved that the review of the statute of the National Organization of Child Education be put on the agenda at the next meeting of the council.

According to the report of the head of the National Nano Headquarters, the Islamic Republic of Iran, which published only 22 global articles in the field of nano in 2001, in 2019, with the publication of more than 12,000 global articles in this field, was upgraded from 57th to 4th in the world. Found and ranked among the top 7 countries in the world that set nanotechnology standards worldwide. Also, our country’s scientists have increased the number of Iranian patents in the field of nanotechnology, which were only 2 in 2001, to 260 in 2019, which is 24% of global patents.

At the end of the meeting, Seyyed Saeed Reza Ameli, Secretary of the Supreme Council of the Cultural Revolution, also condemned the boycott of the Islamic Republic’s scientific and educational centers, including the Al-Mustafa Society, and called on the world’s scientific communities and centers to condemn such actions.