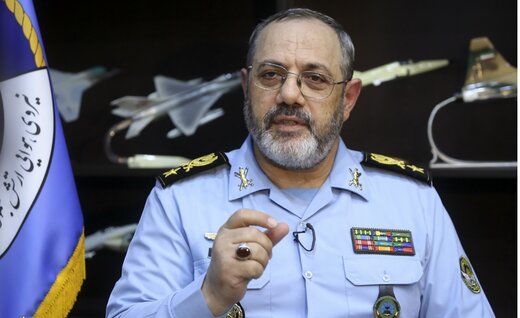 According to the army information base, Brigadier General Aziz Nasirzadeh on Monday at the Center for Studies and Research of this force among the top researchers and veterans of Nahaja said: After forty years of struggle and self-sacrifice of the glorious era of holy defense and the wise leadership of Imam Khamenei (Modzaleh Al-Aali), today, the crystallization of strength in all areas, especially the production of security and deterrence based on internal power in the shadow of resistance and stability in the path of achieving and elevating the lofty goals of the Islamic Republic of Iran, is clearly visible.

The Commander of the Army Air Force added: The Divine Air Force in order to use the most complex and specialized military equipment and strategic military equipment with advanced technology with the approach of maintaining and improving combat capability and achieving deterrent power at the level of the system and the second step of the glorious Islamic Revolution based on the vision document 1404 , The wise measures, commands and menus of the esteemed Command of the Armed Forces (Modzaleh Al-Aali), has made research as the source of the leap of production and the basis of its innovative and transformational actions.

Nasirzadeh pointed out: “Today’s progress and research are due to the efforts, zeal and struggles of the precious martyrs of eight years of holy defense.”

At the end of the ceremony and in commemoration of the 40th anniversary of the Holy Defense, the achievements of the Knowledge Management Exhibition were unveiled.