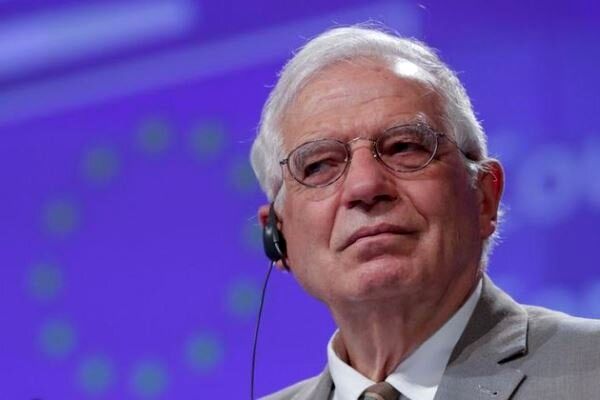 EU foreign policy chief Joseph Borrell said in a message posted on his Twitter account today (Monday) that a meeting of Iranian foreign ministers and the P4 + 1 group (Germany, France, Britain, Russia) would take place today (Monday). And China) as a re-emphasis of the members of the Council on the need to maintain order.

In his message, referring to today’s meeting of the Foreign Ministers of the two sides, which is being held in the form of a video conference, he emphasized: “Today the meeting is chaired at the E3 / EU + 2 level (China, France, Germany, Russia, England) and Iran. Which is held virtually. “The parties to Barjam reaffirm our commitment to maintaining Barjam.”

The informal meeting of the Iranian foreign ministers and the 4 + 1 group has begun at 11:30 a.m. Tehran time by video conference.

Earlier, Foreign Ministry spokesman Saeed Khatibzadeh told reporters at a weekly news conference today: “This meeting will not focus specifically on specific issues of Burjami and is more of a series of developments that have taken place over the past few months. Is. “At last week’s expert meeting, it was decided to hold this informal meeting today.”

The Deputy Foreign Ministers and Political Directors of the Ministry of Foreign Affairs of Iran and the P5 + 1 Group agreed on Wednesday (December 17th) at a meeting of the Joint Commission on Virtualization to hold a virtual meeting today, and in a statement on Wednesday last week, “The participants agreed to hold an informal meeting of the Foreign Ministry of the member states of the UN Security Council on December 1, 2016 (Monday / December 21) by video conference,” it said.