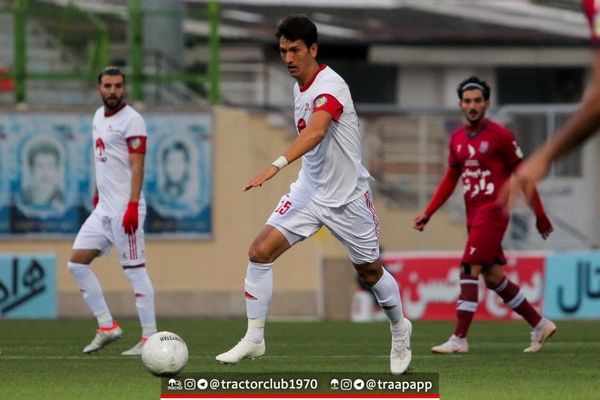 Vafa Achaemenid, the defender of Traktor team, told the reporter about his team’s goal victory against Peykan Borna News Agency Sports Group said: We had already analyzed the arrow and we knew exactly what our purpose was, and thank God we were able to do what we were told. We were able to score three goals and beat the opponent with strength. Thank God, the condition of our team in the last two games has become much better than before, and it will definitely get better.

He continued about the successful performance of Masoud Shojaei in the two games that he was on the bench as the head coach of Traktor: Masoud Shojaei has international experience and his coming to the bench was a positive thing for the tractor, and thank God that with his presence on the bench, the tractor won twice. We players really learned a lot from Mr. Shojaei; When we played with him and now we are under his supervision.

Regarding the meeting with Abadan Oil Industry in the eighth week of the Premier League competitions, Achaemenid added: Abadan Oil Industry has performed very well this season, but we are also a very good team. We have to win this game to show that we are claiming the championship.

The defender of Traktor team said in the end: If Traktor continues like this, this season is the champion. We have to fight on three fronts and it is true that it is hard work but we are very motivated. Traktor is one of the most popular teams in the league and we are warm to our fans and we expect their support. Of course, they always embarrass us with their support, and we promise to whiten them at the end of the season. 3