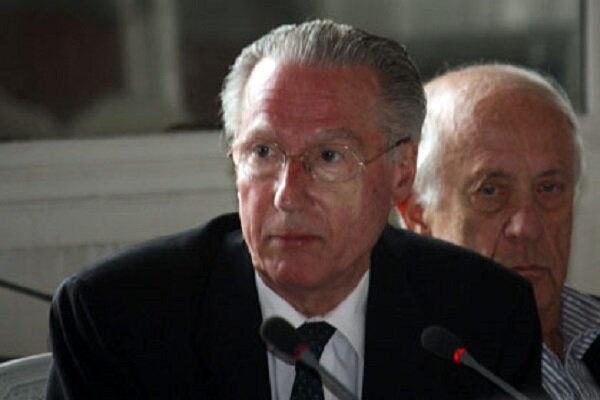 Mehr News Agency, International Group – Zahra MirzafarjouyanOn May 8, 2018, US President Donald Trump unilaterally withdrew from the agreement, despite Washington’s commitments under the UN Security Council, and announced the return of nuclear sanctions against Iran, but despite the use of sanctions and Maximum pressure on Iran, Trump failed to convince Iran to negotiate a new agreement.

President-elect Joe Biden has repeatedly said that returning to the current 2015 agreement is the best immediate way to stabilize the region. An approach that is likely to disappoint US key partners in the Middle East, paving the way for the Biden administration to present its strategy after taking office.

European countries also support Biden’s proposal for the United States to return to a nuclear deal with Iran. Recently, 150 Democrats in the House of Representatives signed a letter supporting President-elect Joe Biden’s plan to re-enter the Iran nuclear deal without any new conditions. Meanwhile, some figures close to Biden and some European countries are talking about the need for some changes in Burjam for the United States to return to it.

It is worth mentioning that after the unilateral and illegal withdrawal of the United States from Borjam, the three European member states of Borjam, namely Britain, France and Germany, have relied only on political and partial support of Borjam and in practice did not take any significant steps to benefit Iran from Borjam. The Europeans, who lack the independence to act and decide, not only did not fulfill any of their commitments in the UN Security Council, but by changing the American political climate, they seem to be trying to increase pressure on Iran in a concerted effort with the next White House administration. In this regard, we had a conversation with “François Nicolas”, the former French ambassador to Tehran, which is described below.

Why do you think Joe Biden wants to return to Borjam? What is the significance of Borjam, especially for Europe?

The reason Biden wants to return to Burjam is that he, as the former vice president of the United States (Barack Obama), was himself part of the process that led to the agreement. He also witnessed the catastrophe created by Trump’s policy of maximum pressure. He is deeply convinced that the US return to the IAEA will be in everyone’s interest and, above all, in the Nuclear Non-Proliferation Treaty.

There is no doubt that the survival of Burjam was of great importance to Europe, and they have always been in favor of a US return to the agreement, because they quickly realized that they could not reduce all the damage caused by the US withdrawal.

Q: Why did the Europeans, despite being aware of the importance of Burjam, not fulfill any of Burjam’s commitments after Trump withdrew from the agreement?

European governments really wanted to help Iran, but the European Union is based on the principle of a free market economy. In such an economy, governments cannot tell economic actors such as banks, industries, etc. what to do and what to do with Iran. No one obeys. By doing so, these activists were exposed to severe US sanctions. In that case, who could pay for them?

Even after the Borjam deal was signed, few companies were able to trade with Iran because, in fact, US sanctions were only partially lifted. No one could use the dollar, and the banks were too scared to help these institutions and companies.

So there is only one solution to this problem, and that is the return of the United States to the UN Security Council, but unlike Obama’s time when the lifting of sanctions by his administration was not implemented fairly and actively, we have to get to the point that in the near future, the abolition Ensure fair sanctions are in line with the text and spirit of Barjam.

* Considering the opinions of some members of Biden’s team about his return to Borjam, do you think it will be easy for him to return to this agreement?

Most of those around Joe Biden as his team have previously been part of the Obama administration, which favors a return to the deal. So I do not see any conflict here.

Of course, this is different for members of the House of Representatives and the Senate. Most Republicans and many Democrats have a hostile attitude toward Iran, but Biden does not need congressional approval to return to Burjam. Just as a simple signature from Donald Trump was enough to leave Burjam without delay, a simple signature from Biden will be enough to return to this agreement.

Q: In your opinion, what are the fastest steps that Biden should take to prepare the ground for the return of the United States to Borjam?

Removing all obstacles to sending humanitarian aid to Iran, especially in the context of the fight against the Corona virus, is one of the steps that the new president can take as a sign of goodwill immediately, again with A simple and clear order to the US Sanctions Bureau and, of course, a close oversight of how this order is implemented will suffice to ensure that these measures are implemented promptly and fairly.

In the case of a return to BRICS, a practical and fruitful negotiation between the United States and Iran should quickly lead to an agreement based on a simple principle: a simultaneous return to full implementation of BRICS as soon as possible. Lift the sanctions mentioned in the Vienna agreement and return Iran to strict implementation of the conditions regarding its nuclear program.

Of course, after such a move by the parties, there will still be questions about additional sanctions imposed during Trump’s time. Resolving this issue quickly will probably be quite complicated, although it can be raised in the same negotiation or immediately after, but if there is a common will in this regard, there will be a way to resolve the issues.

Undoubtedly, the most important event of 2020 was the outbreak of the coronavirus, a disease that has been challenging for our way of life and even our civilization and has been accompanied by suffering for all people of the world. Also, the epidemic of this disease is facing geopolitical consequences. have been.