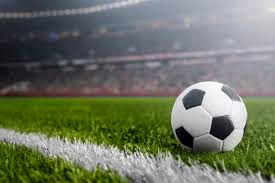 During the last few seasons in Iranian football, we have witnessed special conditions for different teams and clubs, so that work has been done to the point where colorful statements are issued and published by most clubs before and after the games. It is much more than talking about the technical issues of the games, so that the Iranian Football League happens more than what happens in the green rectangle, outside the box and on the grass.

Although the life span of Iranian clubs in the field of football is not very long, but this event has had a strange spread among most teams and has now become an abnormal habit among football fans.

Although in recent years, decisions and rules in this field have been communicated to the clubs to end this story, but this event has not had much effect on the clubs not to write in this field! About a year and a half ago, one of the most important discussions of the recent meeting of the board of directors of the Premier League organization, which was held in the presence of Mehdi Taj, was to write a statement that, of course, did not have the necessary executive guarantee.

It was in June 2017 that the members of the board of directors of the Premier League organization emphasized on this issue. Writing statements by clubs that are done before and after the game, causes tension in the Premier League and, most importantly, increases the pressure on the referees. And for some teams, there is a suspicion that they have to write statements in their favor to change the situation, while statement writing has no place in professional football. Most importantly, statement writing sometimes incites spectators against the Premier League organization and referees.

In this meeting, Mehdi Taj accepted the concerns of the members of the board of directors of the Premier League organization, and at the end of the meeting, he announced in an interview with reporters that from now on, any team that writes a statement will be fined and suspended.

However, the disciplinary regulations of the Football Federation did not provide for the writing of a statement, so that in principle, this notification does not have the necessary executive guarantee!

It was said at the time that the regulatory committee would soon add new clauses to the disciplinary code. In this regard, it was even said that the ethics committee was supposed to deal with the writing of the clubs ‘statements, which can be said that we did not see the implementation of these programs in this regard, so that the clubs’ statements were leveraged by the managers of different clubs. Against the league organization and the football federation and ….. become.

As we move through the first weeks of the twentieth league, statement writing has entered a bizarre phase in the first few weeks of the Premier League, so much so that it can almost be claimed that we do not have a club in the Premier League that at least once since the start of the season. They have not taken action to write a statement, which is a type of statement with special literature that goes more towards excuse than an official statement! Statements that are inconsistent with the most basic and basic principles of statement writing and are prepared in yellow formats and away from certain situations and are published without any rules.

We do not know how long this story is going to overshadow our football and the Premier League, but it is predictable that the continuation of this statement process could cause irreparable damage to our football body. 3