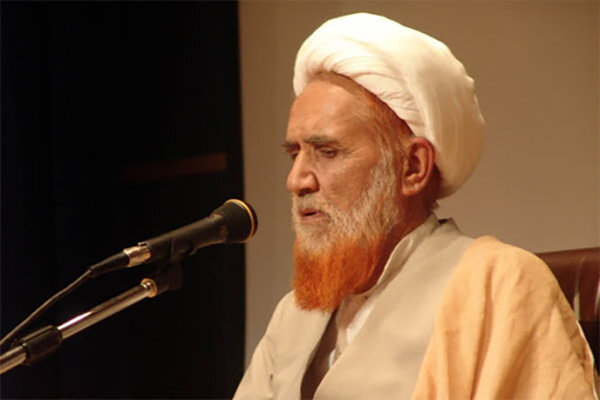 According to the Mehr news agency, quoting the project’s public relations, the documentary “Look at me” is a narration of the biography and works of Ayatollah Haeri Shirazi, the former Friday prayer leader of Shiraz, who visited Hagh in December 2017. In this documentary, many prominent political and theological figures were interviewed and they talked about the characteristics and activities of Ayatollah Haeri Shirazi.

Ayatollah Mohieddin Haeri Shirazi is a member of the Assembly of Experts and a former Friday prayer leader in Shiraz. He is one of the students of Imam Khomeini (RA) and in the eyes of masters such as Ayatollah Seyyed Mohammad Mohaghegh Damad and Ayatollah Mohammad Ali Araki Lesson have read. He has published more than 20 books.

The documentary, which was unveiled in Shiraz yesterday, January 20, appeared on the documentary network for the first time and will be unveiled on the “Plus Documentary” program on the occasion of the third anniversary of his death.

In this part and after the screening of the documentary, the expert table of the program will be held with the presence of Hojjatoleslam Khosropanah, professor of the seminary and university, and Mohammad Reza Karimirad, the documentary filmmaker, and the subject of this documentary film will be discussed. This part of the “Plus Documentary” program will be broadcast on Tuesday, January 23rd, at 8:00 PM on the Documentary Network, and it will be rebroadcast on Wednesdays, January 23rd, at 9:00 AM and Friday, January 26th, at 2:00 PM.