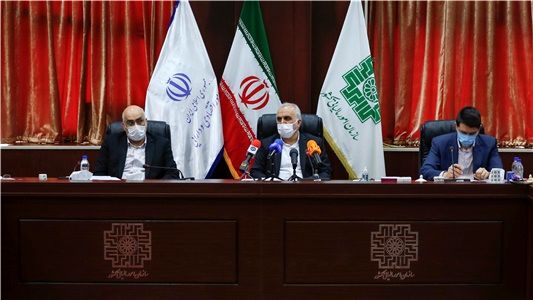 The Minister of Economic Affairs and Finance, on Wednesday, March 18 at the opening ceremony of the National Portal of Electronic Tax Services, which was held at the headquarters of the Tax Affairs Organization, emphasized: With the implementation of this national port, the first step of smart tax system is fully achieved and Next year, we will see the realization of the next steps, especially the implementation of the store terminal law and the taxpayer system by all taxpayers.

Dr. Farhad Dejpsand, stating that the desired tax system is a system of people based, knowledge-based, modern and intelligent, said: An important feature of the tax-based economy is that unlike the oil-based economy, the relationship between government and people is fully defined and Accountability and transparency are the hallmarks of these tax-based systems.

The Minister of Economic Affairs and Finance noted: “The country’s economy is moving towards reducing the budget’s dependence on oil, and this year we see that a large part of the country’s budget is financed from tax sources.”

Referring to the opening of the national portal of taxpayers ‘electronic services, he said: “With the implementation of this national project, the taxpayers’ face-to-face relations and face-to-face visits to tax offices will be greatly reduced, and as a result, corruption and tax collection costs will be reduced to a minimum.” The rate is reduced.

At the beginning of the ceremony, the head of the country’s tax affairs organization referred to a report on the changes in the tax system in recent years and said: “Currently, the country’s tax system is on the verge of becoming a modern tax system. Electronic tax (E. TAX) will change to smart tax (I. TAX).

Regarding the main goals of this national project, he said: creating a platform for facilitating, accelerating and developing electronic services to the organization’s stakeholders, providing information required by taxpayers and the general public from tax records, integrating taxpayers’ information in a single portal, reducing face-to-face visits People mentioned to the organization, increasing taxpayer satisfaction and reducing paper consumption as the most important goals.

The Deputy Minister of Technologies of the Tax Affairs Organization at the inauguration ceremony of the National Portal of Electronic Tax Services, stating that this national portal of electronic tax services at My.tax.gov.ir from mid-February of this year has been designed as a test for the general public throughout the country And it was launched, he said: this national portal with the slogan “every Iranian is a taxpayer”, is officially ready to provide services to taxpayers from today.

Hadi Khani stated: “Through this electronic window, about 25 tax services are provided to the general public and taxpayers in a centralized and electronic manner, including these services can be viewed in the tax files in the direct tax and value added tax sector.” In addition, the electronic notification card, submission of tax returns, fulfillment of foreign exchange obligations, etc. were mentioned, as well as other measures that citizens needed to visit in person at the tax offices or other authorities, including paying tax bills, receiving a transfer certificate and The transfer of the subject of Article 187 of the Law on Direct Taxes, the prohibition of exit inquiries, the inquiry of tax debts, the inquiries of tax buyers of coins, etc. can also be presented to the people through this national portal.

He said that this single window has evolved day by day and will provide better services to taxpayers electronically, adding that services under design include observation and certainty processes, requests for amnesty for crimes, requests for tax debt installments. Request for registration and follow-up of objections, submission of declarations of rented real estate and inheritance, declaration of inactivity / closure / commencement of work or change of use, request for return, request for lifting the restriction of Note 4 of Article 186 of the Penal Code, request for sending the declaration He pointed out to the stock exchange, requesting the submission of tax forms and observing the doctors’ mandatory tax that in the future, these services will be provided effectively to the esteemed taxpayers.