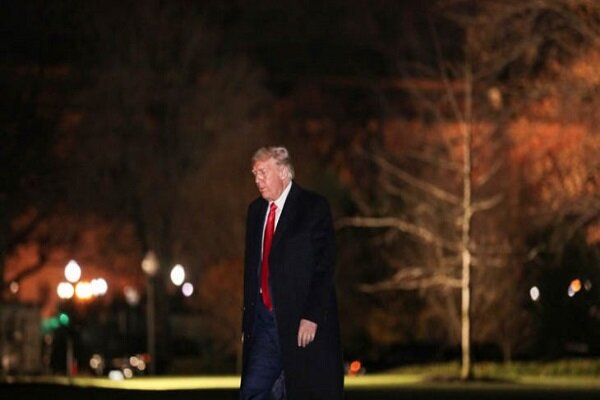 According to the Mehr news agency, quoting the website AxiusTop officials in the current US administration are increasingly concerned about Donald Trump’s abuse of power to overturn the election results.

Officials say Trump spends most of his time with People He goes on to strongly believe in conspiracy theories and brags about gross abuse of power.

The fears and concerns of these US officials have several reasons, including Trump’s special interest in Conversations “Michael.” FlynnFormer White House National Security Adviser on martial law; The idea of ​​issuing an executive order to ban and monitor ballot counters; And the election of Sydney Powell as Special Adviser.

A senior US government official says Trump “reposts threats of imprisoning politicians on his Twitter account and spends time talking to people with conspiracy theories and openly saying that establishing martial law in the United States is a challenge.” does not have.

The New York Times, meanwhile, reported for the first time that during a meeting of US government officials at the White House on Friday, Trump announced the selection of Sydney Powell as special adviser to investigate allegations of electoral fraud. 2020 Has spoken.

Another controversial and worrying idea of ​​US officials is the seizure of counting machines votes And Sydney Powell oversees these devices as Trump’s special adviser.

It is worth mentioning Michael Flynn, Trump’s former national security adviser in November This year He was pardoned by the US president, including US officials for election fraud 2020 He believes in and plays a central role in projecting and encouraging controversial ideas such as martial law because of his closeness to Trump.