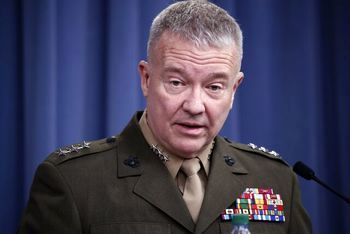 
Kenneth McKenzie claimed that Washington was “ready to respond” if Tehran wanted to launch an attack on the first anniversary of the assassination of General Qassem Soleimani by the United States.

“We are ready to defend ourselves and our friends and partners in the region and we are ready to respond if necessary,” McKenzie said.

“My assessment is that we are in a very good position and we are ready for anything that the Iranians or their proxy forces choose to do,” he said.

According to the report, the remarks of this American commander are made after the fact that in January of last year, the US government martyred General Qassem Soleimani in a drone attack ordered by President Donald Trump near Baghdad airport. رساند.

The Iranian Revolutionary Guard Corps (IRGC) fired a missile at the US military base at Ain al-Assad in Iraq, fulfilling its promise of “hard revenge.”