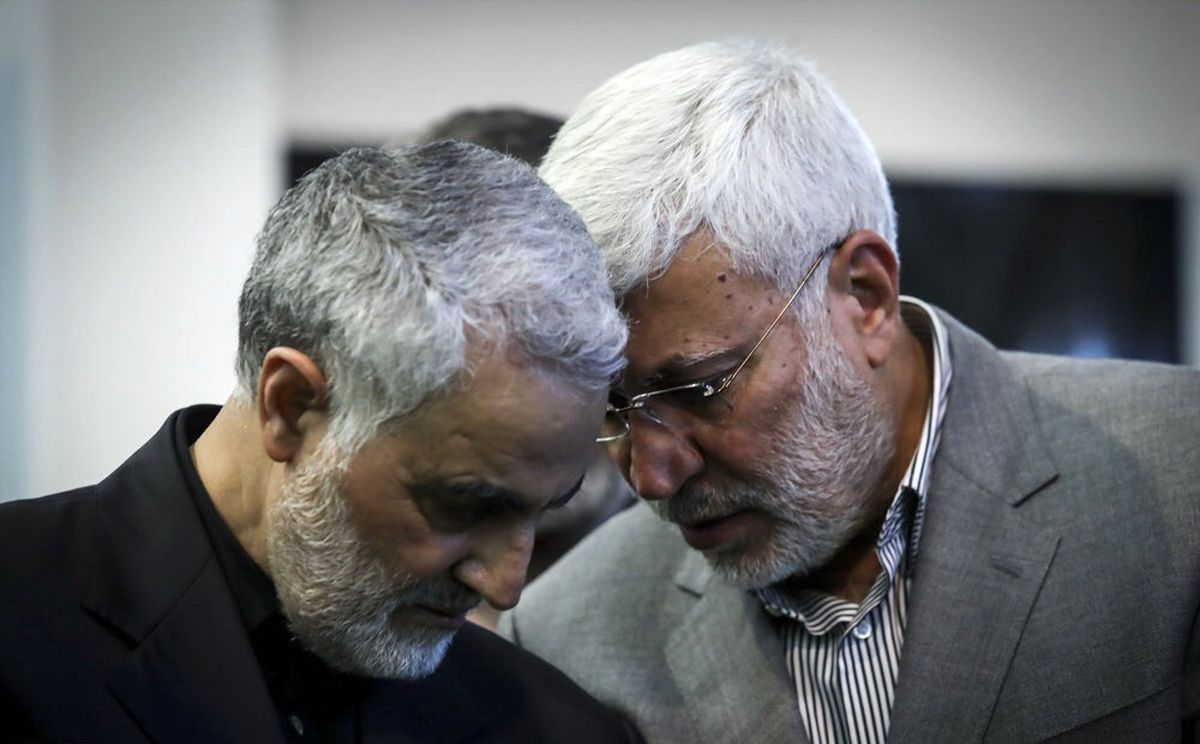 In an exclusive interview with IslamTimes, the head of the Nujaba Islamic Resistance Political Council praised the martyrs of Soleimani and al-Mohandes, calling Iraq’s liberation from ISIS one of the greatest services of the two late commanders.

Hujjat al-Islam wal-Muslimin “Ali al-Asadi” also criticized the delay and inaction of the Iraqi government in this regard, referring to the sabotage of the United States and its allies in the process of investigating the case of the assassination of Hajj Qasim and Abu Mahdi.

He also blamed foreign intervention in Iraq for failing to meet the legitimate demands of the Iraqi people.

The full text of this conversation is as follows:

What are the victories and blessings of Martyr Soleimani and the engineer for the Iraqi people, including the Shiites, the Sunnis and the Kurds?

The achievements of the martyrs Soleimani and Abu Mahdi are many and not all of them can be counted. It is enough to just tell Iraq to get rid of ISIS, because by doing so, they have protected all the Iraqi people, including the Shiites, Sunnis and Christians, from harm, and if they do so before God, it will be enough for God to make Paradise To grant them.

The Iraqi people want the expulsion of American forces. Why has this request not been implemented so far despite the passage of the law in the Iraqi parliament? What are the obstacles to implementing this demand and what groups are interfering in the Baghdad-Washington talks?

First, this demand was not met due to the intervention of the US embassy and mercenary politicians who seek to postpone the withdrawal of the occupying forces.

Secondly, some neighboring countries that do not want American troops to leave Iraq and their representatives in Iraq who follow their American server are another obstacle to the implementation of this resolution.

What is the plan of Al-Hashd al-Shabi and other political-jihadi currents to implement the resolution of the Iraqi parliament regarding the withdrawal of American troops from Iraq?

Political parties are pushing for the implementation of the parliamentary resolution. Resistance movements have also given the government a deadline to get what it wants negotiated. If that does not happen, Americans will rediscover the power of resistance they have experienced in the past.

What stage has the Iraqi side investigated regarding the martyrdom of the resistance commanders, given that the crime of assassination took place in Baghdad?

In fact, the investigation into the case of these two martyrs by Iraq is in a state of ambiguity, and there is no reason to prove that the Iraqi government is serious in this case. We know that the United States is behind this ambiguity and is pressuring the government to delay the investigation.

The Security and Defense Committee of the Iraqi House of Representatives recently announced that the results of the investigation into the assassination of resistance commanders will be reviewed in parliament. Where has this follow-up led?

There are honorable and patriotic representatives in the parliament who we hope will reopen this case, which is very late.

Why is the United States bombing the positions of resistance movements, including the nobility, on the Iraqi-Syrian border?

Resistance forces on the Syrian-Iraqi border thwarted the Zionist-American plan; So the American response was to bomb these heroic forces out of helplessness, and of course they would not achieve their goals in any case.

The reason for the diversion of the protests was the injection of money from the countries of the Persian Gulf to the ranks of the protesters in order to sabotage and achieve political goals. The solution is to educate the masses of the Iraqi people so that any intervention to divert the real demands of the people will fail. Protesters must also have a clear and vigilant leadership for this stage in order to negotiate with the government to fulfill their demands.