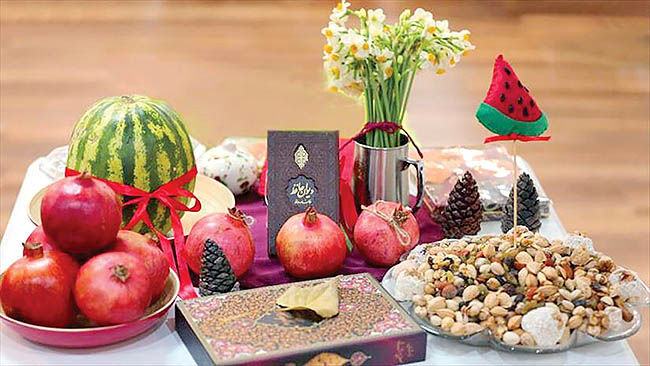 The longest night of the year has arrived; Yalda, which, unlike in previous years, in the midst of the height of the corona outbreak and fears of an increase in the number of patients, should be held without family and friendly periods. In particular, the elderly and middle-aged are the most vulnerable age groups to Covid-19 disease, according to Ministry of Health officials. The latest statistics from the Ministry of Health of Iran indicate that in terms of the population distribution of coronary death, age groups over 60 are most at risk of coronary death; The age group, which to date, about 73% of Crohn’s deaths in Iran have been among them. Therefore, for more than a month now, the main warnings have been focused on holding Yalda periods, and the resurgence of the corona after Yalda is very likely if the people are indifferent to the warnings.

As the result of the night traffic restrictions in the red and orange cities in December – which is mostly due to the long nights and the holding of night shifts – with acceptable results in terms of reducing the number of patients and even corona victims, seems to continue. Holding Yalda courses can counteract these results once again, and the number of coronary heart disease victims and victims can rise again. Although Iraj Haririchi, Deputy Minister of Health, yesterday confirmed the significant reduction in casualties by imposing coronary restrictions, saying that these restrictions reduced hospitalizations and mortality by about 50 percent, and urged people to refrain from this period, especially on Yalda night. . He stressed: “If the people do not pay attention, a long wave of corona epidemic will be created in the country.”

Alireza Raisi, spokesman for the National Corona Headquarters, like other officials of the Ministry of Health, called the most important cause of the outbreak of the disease in this cold season a family period and asked people to avoid holding a period on Yalda night, because if a family period is held, the disease It will rise next week.

Continuing the Yalda warnings, the spokesman of the Ministry of Health said that maintaining the reduction of coronary heart disease and death needs the cooperation of the people and the officials and emphasized: compatriots should refrain from holding a party on the night of Yalda. In an interview with ILNA, Sima Sadat Lari, referring to the danger of eclipses, especially on the night of Yalda, said: “According to research, the impact of people getting coronavirus due to eclipses is more than 50%.” In particular, being indoors and without ventilation due to the cold weather can quickly infect other family members if an asymptomatic person is present in public. He continued: “On the other hand, the attendance time of people in parties and parties, especially in the Yalda night ceremony, is very long and proper ventilation and spacing are not done.” As a result, it is recommended that, like Nowruz, people refrain from holding courses and parties on Yalda night.

Of course, part of the country’s medical community is not optimistic about the actions of the people to these recommendations and requests. Yesterday, Mahboubeh Haj Abdolbaqi, an infectious disease specialist, told IRNA: “Despite the recommendations to stay home on Yalda night, many people do not follow them, and this number will definitely cause the corona epidemic to re-emerge in the country after Yalda night.” Let’s go.

Concerns about Yalda night and the possibility of an increase in coronary heart disease and mortality are so great that the head of the Pasteur Institute’s Emerging Diseases Research Center has warned that possible future corona waves will be more severe than the current wave. Ehsan Mostafavi, Professor of Epidemiology, in an interview with the Young Journalists Club, referring to the declining trend in coronary heart disease, said: “It should be noted that this declining trend is important and promising, but the current situation should be considered fragile and we should not be optimistic about this decline.” . The drop in temperature and the presence of people indoors have made the situation more difficult in autumn and winter than before; So if we are not careful and do not follow proper management to control the epidemic, the next possible waves may be more severe than the current wave.

According to a statement issued yesterday by the spokesman of the National Corona Headquarters, 205 cities in Iran are currently in orange and 243 cities are in yellow.

Alireza Raisi said yesterday that the death rate has decreased by 50% compared to a month ago: “The hospitalization rate has decreased by 40% and in most provinces it is declining, but if the protocols are not followed on Yalda night, it will lead to disease.” The spokesman of the National Staff against Corona said: “In the report that was presented today in this meeting about the disease situation in the country, fortunately it was announced that the disease trend has decreased in 30 provinces of the country and only in one province of Mazandaran Is. He said: Last week, four provinces of Mazandaran, Golestan, Gilan and Ardabil were in the red.

Also, with the death of 175 other patients from the definite patients in the mentioned 24 hours, the number of definite deaths of this disease in the country reached 53,448 people. The number of corona victims in Iran dropped to less than 200 a day on Friday after 70 days, and this trend has continued in the 24 hours leading up to Saturday noon.

According to a spokesman for the Ministry of Health, 5,591 patients with Covid-19 are being cared for in a critical condition.

Larry continued: “Despite the withdrawal of the country’s cities from the red situation and also the continuation of the declining trend in cases of illness, hospitalization and deaths due to disease in the country, which is due to people’s cooperation in health protocols, development of cross-sectoral cooperation and efforts of health personnel.” The disease situation in the country is still unstable, sensitive and fragile, and any normalization provides the basis for the re-emergence of the disease.

The traffic police chief of Greater Tehran also announced yesterday that due to the one-hour reduction in the start time of night traffic restrictions in Tehran for Saturday and Sunday, it is necessary for drivers to manage their travel time so as not to be fined. Sardar Mohammad Hossein Hamidi, referring to the announcement of the National Headquarters against Corona regarding the ban on private car traffic from 20:00 to 4:00 on Saturdays and Sundays, which has been adopted to reduce traffic on Yalda night, said: “During these two days, all activities will be closed.” Except for group one, the classrooms will be open until 6 pm and the night traffic bans will start at 8 pm, so the police predict that today and tomorrow we will see heavy afternoon traffic on the inner city streets of the capital. He said that the volume of traffic will be denser and more in the afternoon, he said: “Our advice to citizens is to manage their travel time in these two days and avoid unnecessary traffic in the city, especially in the afternoon when traffic to It is at its peak to refrain. Hamidi added: “According to the decree announced on Saturdays and Sundays, the start time of night traffic restrictions will be changed from 21 to 20, and cars that are on the roads after this hour will be fined 200,000 Tomans by cameras and police officers.”