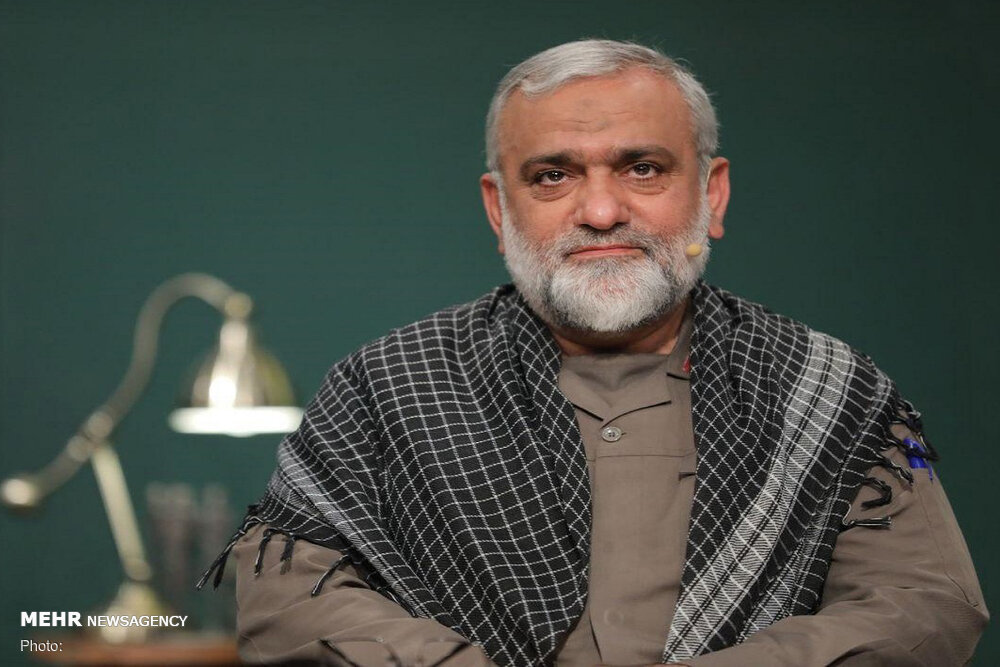 According to Mehr News Agency, Sardar Mohammad Reza Naqdi, Deputy Coordinator of the IRGC, said at the commemoration ceremony of the 9th of January epic, which was held today (Tuesday) in Lolagar Mosque, that 9th of January was the day of the Iranian nation: They showed themselves to Islam.

Pointing out that the blessed name of Imam Hussein (ra) restored unity to our people, he added: “We hope that everyone is grateful to these people because these people showed that wherever Islam is in danger, they are present in the defense of Islam.” In fact, January 29 is the day of the people who stood by the revolution in various events.

The deputy coordinator of the IRGC emphasized: In the days leading up to January 30, the managers who were the presidents of the parliament and the president for several periods, are behind a sedition and state that we must remain responsible.

Sardar Naqdi, pointing out that in those days all the media in the world were behind these people, said: “In those days leading up to December 30, 1988, they used all the symbols of the revolution and tried to create a pseudo-Islamic revolution.” On the one hand, these people appointed themselves as Imam (ra) and chanted the slogan “Allah Akbar”, but on the other hand, they tried to weaken the present Imam in the name of Imam Khomeini (ra) in order to seize power.

He pointed out: The Supreme Leader of the Islamic Revolution is the one who has been closest to the thought of Imam Khomeini (ra) and has continued to lead the revolution without retreating from the path of Imam (ra). During the events of that year, many officials remained silent, but the leadership remained and the nation shone in support of them.

The IRGC Deputy Coordinator added: “If there was no one like the Leader of the Islamic Revolution who bravely stood against the enemy, it would not be clear what would happen to the Revolution;” In other words, without this brilliant leadership, we could not have emerged from the battlefield of the five great wars with security and authority.

Sardar Naqdi stated that without his command in the armed forces, we would not have been able to capture the United States and Britain and raise our hands to the Mediterranean: “In fact, the scientific and military progress of the country is the result of the guidance of the revolutionary leadership.”

Emphasizing that without the guidance of the leadership, we could not have an authoritative presence in the Red Sea, he said: The seditionists in 1388, in order to gain power, salted and in this way allied with all the enemies of the revolution; They were linked to foreigners, the British embassy and even terrorist groups.

The deputy coordinator of the IRGC emphasized: The people recognized on January 29 that the issue is not elections, so they came to the scene on this day and created a great epic, and thus were able to thwart the conspiracy of the enemies.

Sardar Naqdi, stating that the people are always vigilant against the conspiracies of the enemies and the youth also know their way, added: “We saw this at the funeral of Martyr Soleimani and even cried and begged to join the resistance front.” Of course, we must also consider one point, and that is that we should not let the enemies create a distance between us.

He also clarified about the severe revenge against the killers of Martyr Soleimani: this revenge will not be done with an operation in one area, because the Americans must leave the area; Revenge for these bloodshed is the expulsion of the United States from the region, and great strides have been made in this regard.

The IRGC Deputy Coordinator said: “Iraqi youth with their operations against American forces caused the Americans to beg for an end to these operations.” However, it must be said that now everything is moving towards great revenge.