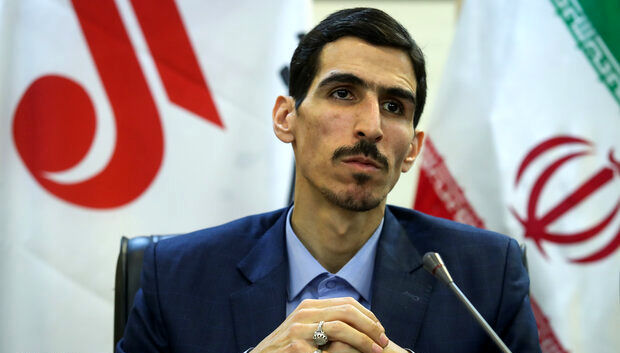 Malik Shariati, the representative of the people of Tehran in the parliament in the virtual meeting “Reciprocal action; Review and analysis of challenges Strategic Action Plan The lifting of sanctions by the Islamic Consultative Assembly, which was organized by the Faculty of Law and Political Science of the University of Tehran, said: “Until the incident Assassination of Martyr Fakhri Zadeh There were plans in the parliament, such as the three-emergency plan to leave the NPT or the three-emergency plan to end the voluntary implementation of the protocols, which, of course, were emotional, and according to the law, emergency plans are for special and emergency situations.

He added: “Regarding the strategic action plan, the proposal of the presidium of the parliament, preserving the main framework of the text and approving the duplicity was the same as the initial plan; This is because the original text was agreed upon by the Secretariat of the Security Council, Parliament, the Government, the Ministry of Foreign Affairs and the Atomic Energy Organization, and if changed, it may be opposed by the Guardian Council. In addition, it was practically impossible to cancel the obligations immediately after approval.

The member of parliament said: a kind of consensus was reached in the commission on the two-month deadline instead of the quarter; With the argument that one month has passed since the approval of an urgent plan. Therefore, it was decided that in case of non-normalization of Iran’s banking and oil relations, 2 months after the adoption of this law, Iran will also suspend the implementation of the Additional Protocol. At the suggestion of Mr. Zakani, contrary to the commission’s report, the one-month deadline was approved by 148 votes, and the law went to the Guardian Council for approval.

Shariati stated: The Guardian Council’s opposition to the general title of “removing ambiguity from Article 6” was discussed in the commission. Eventually, negotiations were held to promise to cancel the commitments again in two months, and although it seemed that the Guardian Council issue was not related to the post-approval clause, it was cautious to change it after it became effective.

“We intended to give the next president of the United States, with a one-month deadline, a practical action and, in fact, no longer implement the Additional Protocol, and if they lifted the sanctions, we would return to our commitments under Article 7,” he said. But the lawmakers, who agreed to a two-month deadline, sought to prevent the parliament from creating the attitude that it wanted to prevent a return to the body. The group believes that we will not lose anything in this way, and if the US commitments are not fulfilled, we will finally give up our commitments after two months.

In response to some students, the MP said that the approval of the 8-minute plan, which has been on the agenda of the parliament for months, sends a message of weakness to the world after the terrorist attack, which has a prestigious aspect. The plan was then examined for hours in the commissions and in the open court. However, in the final approval to remove the ambiguity of the Guardian Council according to the internal regulations, it is not possible for the proponents and the opponents to speak in public, and this process is very short.

He added: “This law has been the first step of the parliament’s retaliatory actions against the enemy, and we have options such as leaving Borjam and NPT and intensifying the punishment of espionage.” But in general, the message of authority and revenge should be transmitted from all organs of the country, but in the same strategic action plan, the parliament pursued the Secretariat of the Security Council in front of the chairman and despite the president’s opposition, announced the presidency of the parliament.

Shariati said: “We lost a lot of things due to our mistakes in the negotiations, the most important of which is the country’s several years to become stronger; Now, the parliament is trying to prevent the continuation of past mistakes through strict and effective oversight of the government, and now that the parliament is the center of decision-making on this issue, in order to maintain the agreement, so to speak, cancel in exchange for cancellation.