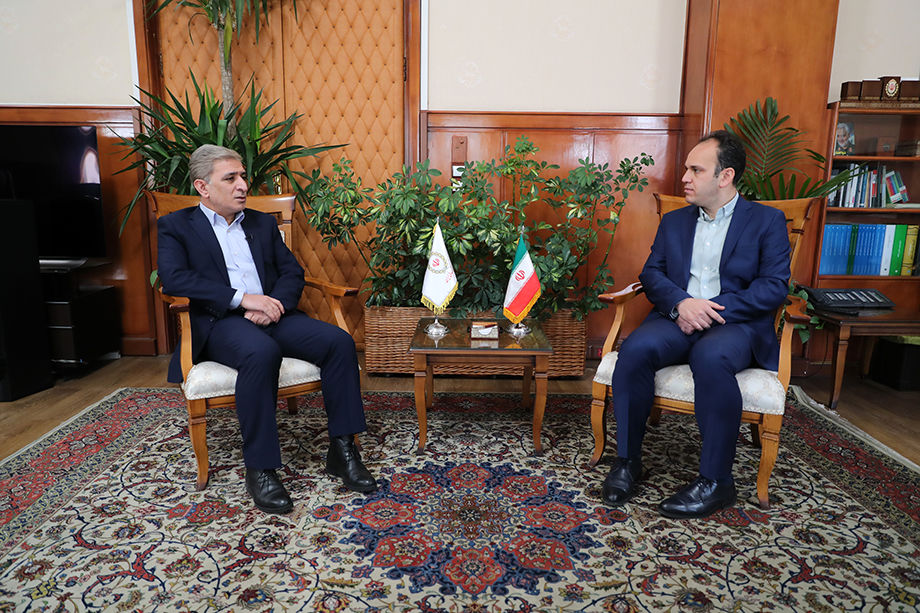 In this interview, which was also videotaped, Dr. Mohammad Reza Hosseinzadeh expressed his hope that in 1400, all transactions of the bank’s customers would be done in absentia, in addition to reducing unnecessary costs, a new culture of digital banking. Also displayed in the country.

He also announced correspondence with the Governor of the Central Bank and the Minister of Health in order to “consider” the employees of the banking system who have died due to coronary heart disease and to prioritize the bank staff for the corona vaccine.

You can read the text of this conversation below:

The year approaching its final days was a special year because of the corona outbreak. The outbreak of this disease affected all social, political and economic activities of the world and Iran and really changed the course of life of the people of the world. What is your assessment of this year?

First of all, I need to tell all the employees of Bank Melli Iran who are working hard in the last days of the year, do not get tired. I also have the experience of an employee, the deputy head of the branch and the head of the branch, and I know how much the workload of the branches is during the days of March and especially late, and some colleagues may stay at work until late at night. We appreciate the efforts of our dear colleagues, and we ask God Almighty for more success for all of them, especially in serving the people.

As mentioned, 1399 was a special year. Late last year, when the “corona” was found and little was known about it; The general perception was that the disease would soon disappear; But the more information there was about Corona; It became clear that coexistence with it must continue.

Measures were then devised for this purpose, and specific mechanisms for definition and activities were adapted. Gradually, many businesses were affected by the outbreak of the disease, and even the long-positive economic growth rate of many countries took a negative turn. Unemployment, homelessness and school closures brought Corona. In our country, the situation was even more unfavorable, so that the corona coincided with the increase of sanctions and the people fell hard, but we were able to get through this year despite all the difficulties.

In a meeting with senior officials, I heard that despite the experience of the early revolution and the war, the problems of 1399 were unprecedented, so that sanctions and the corona, the country’s exports, imports and production faced serious problems. .

However, during this period, almost many of the country’s needs were met well and at the right time. The country’s production was also strengthened; So it can be claimed that today our Iran is standing on its own two feet in many areas. Despite the prevalence of the corona and the increase in sanctions, Iran not only produces many products and meets domestic needs; It also has good exports. We should not forget that the banks played a major role in this happy event.

Remember that early in the Corona outbreak, the country was severely short of disinfectants and masks. However, demand had increased and supply was not commensurate with it. In those circumstances, the banks, and especially the National Bank of Iran, asked the producers of these items to increase the amount of production and not to worry about providing liquidity in this regard. With the help of the banks, the producers of health goods worked in three shifts, and after a short time, everything returned to normal; While some countries of the world stole other people’s health items due to lack of production.

In another case, when some home appliance manufacturers left our country due to the imposition of oppressive sanctions; We immediately met with domestic appliance manufacturers and explored ways to increase production. They were told that the banks had no problem with raising working capital, and by implementing the same policy, domestic demand was satisfactorily met.

In the past year, however, the problem of scarcity of resources has been very significant and has put a lot of pressure on banks; But fortunately, price experimenters were formed, and banks emerged from this historic test proud.

It seems that you have recently written requests to the Governor of the Central Bank and the Minister of Health to facilitate the affairs of the banking system staff. What are the details of those letters?

You know that banking is one of the most important jobs in the world and of course in our country. Although some gossip day and night against the banking network colleagues; But living without a bank and doing banking is not possible.

In adverse conditions such as floods, earthquakes, air pollution and other events, even if all devices are shut down, banks operate like other emergency and service institutions.

Our colleagues are among the most devoted and oppressed sections of society who, despite working in difficult conditions, are still slandered. During the outbreak of coronary heart disease, many businesses were shut down voluntarily or compulsorily; But bank employees continued to operate. Many people even took advantage of the holiday to do their backlog banking, which made banks a breeding ground for disease.

So far, more than 150 banking network workers have died of coronary heart disease, and thousands more have struggled with the effects of the disease. Many of the co-workers’ family members also ran into trouble, fell ill or lost their head of household. In such a situation, our task was to reflect the matter to the higher authorities.

In a letter to the esteemed Governor of the Central Bank, I made requests in several paragraphs, such as saving leave, paying extra for work, and being considered a “martyr of service” by the employees of the banking system who were affected by the disease. They died of this disease; Cited.

Let’s pay attention to Bank Melli Iran. In 1399, we witnessed unique events in the bank that, as always, had wide repercussions. What is your overall assessment of the performance of the organization under your management in the past year?

The difficult economic conditions of 1399, along with the Corona pandemic and the imposition of harsh sanctions, required the bank to design new products; So that it both reduces costs and reduces the negative consequences of these problems.

My colleagues at the National Bank of Iran, in collaboration with universities, knowledge-based companies, and startups, have developed two new products that have been under study for some time and in the early stages; However, not all products end with these two.

The digital branch of “Neshan Bank” is a truly unique product designed and operated by Bank Melli Iran. It can be rightly said that Bank Melli Iran, from the heart of the threat called Corona, created a unique opportunity to design and offer new products.

In the digital branch, all banking processes are done completely digitally and the customer can meet his needs without the need for a face-to-face visit.

The “National Plus” branch, which has been implemented for the first time in the country, is a serious step to change the country’s banking system. This branch has a special space that in addition to the ability to perform banking operations through various systems, in a calm and youth-friendly environment, has provided banking advice.

Research by the prestigious Mackenzie Institute shows that the future of world banking is exactly in line with Melli Plus, and this shows how much the National Bank of Iran has improved.

The latest available statistics indicate that the number of daily transactions in the National Bank of Iran has exceeded one hundred million. While last year about 80% of transactions in this bank were done in absentia, this number has reached about 92% this year, which is a very significant success. Of course, we hope that with the creation of culture and the strengthening of infrastructure, this figure will reach 100% in 1400.

I emphasize that Bank Melli Iran is a learning and innovative organization and updates its services every day and every day with knowledge and innovation. As someone who has traveled to many countries and studied their banking system, I dare say that in the Middle East, and in comparison with many European countries, the services of our banking system, especially the electronic banking services of the National Bank of Iran, He hits the first one or moves along with them.

This year, the National Bank of Iran shone in other areas as well. In what became known as the “Leap in Production,” we provided significant support to production units, and significant resources were allocated to various economic sectors, including agriculture, housing, services, and commerce. Large sums of money in the form of livelihood assistance were injected through the National Bank of Iran to the victims of Corona, including households and businesses.

We are on the verge of entering the new century AH. What are the plans of the National Bank of Iran for this period of time?

The bank has defined a long-term strategy for several years, which includes six themes and dozens of projects. Some of these projects are nearing completion and some are being implemented. With the completion of these programs, which have been developed by leading consultants in the field of strategy, Bank Melli Iran will be in a higher position than the current situation, but we must know that the implementation of some infrastructure programs has many difficulties.

For example, the Ministry of Economic Affairs and Finance and the Minister himself personally contributed significantly to the “Bank Sign” project and its sub-programs, such as digital signature, digital printing and off-site authentication. Some upstream rules needed to be changed, and approvals were even received from the Corona National Headquarters and the General Staff.

However, Bank Melli Iran has more and more serious plans in the field of transformation that will be operational over time and will introduce customers to newer services.