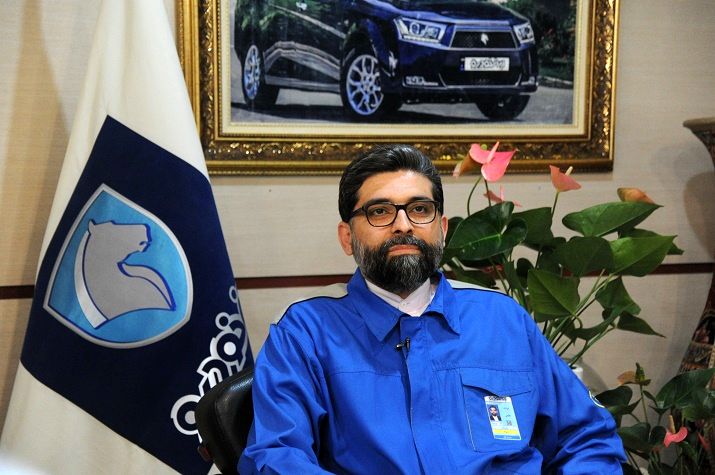 The text of Farshad Moghimi’s message is as follows:

“Although the annual rotation of the calendar and the renewal of our nature promise to bring the freshness of spring after the cold of winter, the spring that comes after the hardest and most bone-burning winter is undoubtedly much more pleasant, auspicious and happy. In the past year, the ancient enemies of this land and water have targeted their most poisonous arrows with unprecedented sanctions against the people of our land, at a time when the deadliest disease of the past centuries has swept the world and created many social and economic problems everywhere. It was such a difficult winter that, at the behest of our dear and wise leader, we put on steel shoes, so that in the blizzard of these difficulties, we could take firm steps towards self-sufficiency and independence.

Thus, we tried to overcome the difficulties of oppressive sanctions as well as the conditions caused by the outbreak of the Corona virus, and in the year of the leap of production, by creating a safe working environment, we would continue to maintain prosperity in our production lines. So determined and hopeful, we rolled up our sleeves and clenched our fists to watch the spring blossoms sprout.

Last year, Iran-Khodro Industrial Group, which, with the support of the jihadists’ tireless efforts, has more than half of the country’s passenger car market share, was able to overcome the problems by breaking records and increasing circulation and supply of cars to the market. Come on. The result of increased production and supply of products to the market was an 85% reduction in overdue liabilities to customers.

Together, in the last days of the year, except for two products, we were able to reduce our overdue liabilities to a small number. These delinquent commitments, which were due to the unprecedented pressure of economic sanctions on various parts of the supply and production chain, had reached 200,000 units, and with the efforts of the jihadists on the front line of production, we are putting a big burden on the ground today.

This year, in addition to upgrading and developing our five existing products, we were able to start mass production of “Tara” by relying on the ability of internal engineers and the efforts of the supply chain manufacturers. The production of this product, from design to production, has been realized without the participation of foreigners and only with trust in domestic knowledge and expertise. Also, upgrading the propulsion, unveiling the low-consumption three-cylinder engine and mass production of the six-speed gearbox were other prominent actions of this industrial group in reducing fuel consumption and fulfilling some of the Supreme Leader’s menus in the year of production leap. In this direction, improving the quality of products is another achievement of Iran Khodro Industrial Group in these difficult times. Thanks to the efforts of Iran Khodro, the first five-star Iranian product was included in the product portfolio of this industrial complex.

At the same time, the spread of coronary heart disease to all units and arteries of social life around the world posed difficulties. Iran Khodro Industrial Group shone in this field as well as other fields, as quoted by the highest officials of the Ministry of Health and the Corona headquarters, Iran Khodro is a model for the activities of all industrial units in the time of Corona.

The goal for next year is to produce at least 600,000 passenger cars and vans, along with more than 8,000 commercial and heavy vehicles. Also, the product development strategy with more strength is on the agenda of Iran Khodro Industrial Group next year. Among the plans of this industrial complex for next year, we can mention the upgrade of product driving forces, design and development of automatic gearboxes and cooperation with companies and institutions with high potential for the development of existing infrastructure and capabilities. In addition, we will pursue the development of Iran Khodro’s new platform. We are trying to achieve some of the goals of reducing the cost by taking advantage of the maximum commonality between parts and assemblies, increasing the scale of production based on the common platform and saving time and cost of product development investment. We intend to take long steps to expand the quantity and quality of products while fulfilling the deferred commitments, so that Iran-Khodro, as always, will be based on the peaks of the automobile industry of the country and the region.

What has made this year Nowruz sweeter and more blessed than in previous years is its symmetry with the Eid al-Fitr. “If we congratulated each other on the arrival of Nowruz every year on New Year’s Eve, it would be appropriate to say this year: Happy Eid, better spring and better Nowruz.”