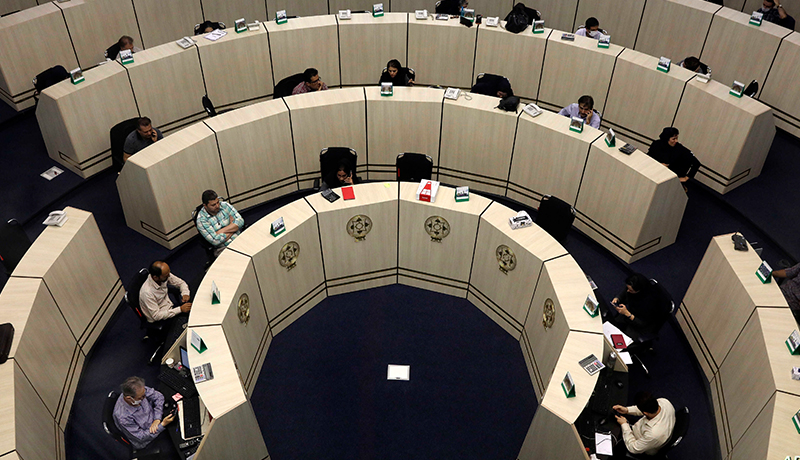 According to Tejaratnews, the price of the dollar, world prices, the presidential election, the possibility of negotiations between Iran and the United States, and the return of trust in real shareholders are factors that can have a great impact on the stock market trend in 1400. On the other hand, the outbreak of coronary heart disease has increased the prices of basic commodities in the world, which, according to experts, can prevent the growth of the Sharpe dollar.

Mohammad Mehdi Ashrieh, a capital market expert, told Tejarat News about the stock market in 1400: “Fundamentally, the share price has reached a reasonable floor and it seems that the capital market has the value of investing in the majority of shares for a long-term view.”

Regarding the 1400 elections, Ashrieh said: “The risky elections of the year 1400 and the handing over of the government to the victorious group can cause the market atmosphere to be turbulent.” Election conditions can pose many challenges for the stock market to fluctuate further, but these risks are fleeting and the stock market has a cross-cutting response.

Regarding the needs of the capital market in 1400, Ashrieh said: “The capital market needs a lot of knowledge, a fundamental and long-term view, the support of various organs and the lack of overnight decisions.” The stock market must reach a level where the investor does not invest in the market with fear and trembling, and this requires that the responsible authorities do not make unprofessional decisions because such decisions, such as those lacking in 1399, have a great impact on the micro-investor.

In modern markets, if they want to change interest rates, they review for several months and then make decisions, but in our stock market, decisions are made overnight and consultation is practically meaningless. In my opinion, the biggest risk of the stock market is overnight decisions and the lack of a codified law.

This expert believes that the stock market is fundamentally valuable and that the problems of the law must be solved. There is also optimism about the 1400 stock market. However, the market is no longer growing sharply.