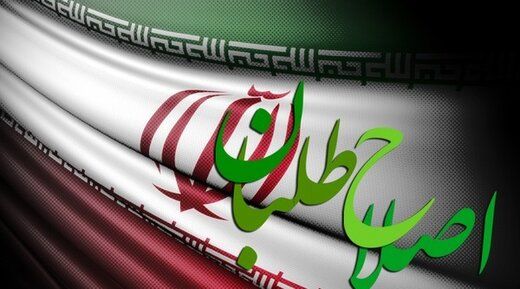 According to reports EconomyNews According to IRNA, the reforms began last spring with a purge of electoral defeat, but at the end of the winter, with the formation of a new consensus body, hopes for the political current to influence the New Year elections increased. The reformers, though having difficulties to overcome, look hopeful.

Corona and the failure of the 11th term of the Islamic Consultative Assembly plunged the reform camp into silence in 1999. The silence broken by the resignation of the Vice-Chairman of the Supreme Policy Council in May shattered as the resignations continued, the fault of the reformists began, and the examination and hammering of views finally created a new consensus body for reform. Reforms at the end of the post-election parliamentary and pre-presidential years, although still fraught with dilemmas, appear to be more hopeful than ever, with plans for the 13th presidential election and the 6th town and village council election.

The process of reforms in 1399 began with the bitter defeat of the 11th parliamentary elections. Elections due to the disqualification of reformist figures; It was not well received by the appointed organizations, and thus the majority of Baharestan fell into the hands of a principled rival. The consequences of this defeat, however, remained with the reformists during 1999, and they reached a point where they did not experience such a defeat; They are still trying. Although the 11th parliamentary elections were overshadowed by the Corona crisis, the question of why the reformists withdrew and lost the elections became a priority for the currents in order to overcome the filthy conditions and continue their politics.

Since the beginning of last year, the reformists have been divided into two groups in finding the root cause of failure; The first group attributed the failure to the withdrawal of reformists and idiots from the election, and the second group attributed it to external factors such as how they qualified and acted.

The resignation of Hojjatoleslam “Abdul Wahed Mousavi Lari” in May of last year and as the Deputy Chairman of the Coordination Council of the Reform Front, the continuation of the work of this institution, especially in the days of Corona, faced serious challenges. Although Mousavi Lari described the reason for his resignation as illness, but it seemed that especially in those days, the most important reason for not continuing the work of this institution was the widespread criticism of its performance, especially the performance of representatives who were included in the reformists’ hope list. . That is why Hojjatoleslam Mousavi Lari in those days spoke of the need to reconsider his actions and change strategies.

The Reformist Consensus Council, which had a track record of the success of the strategy in the three presidential elections of the 11th, 12th and 10th parliaments, was in danger of collapsing two months after the resignation of the Vice President, Mohammad Reza Aref. The Corona crisis did not allow the reformists to talk face to face with each other to save Chassa, and the institution fell into a coma in news silence. The end of the chase season forced the reformists to seek a solution for their political future; Following the electoral failure and the collapse of their policy council, they had to look for a new manifesto and a new consensus body. Among these, new concepts such as social justice were also considered. The reformists spoke of the need to pay attention to the concerns of the people’s dinner and assessed the mere attention to political power as the reason for their distance from the inner problems of society.

For the reformers, winter was a time to try to clarify the task, but this task was extended to the spring of the new year, and it seems that some dilemmas between the various reformist spectrums are still being addressed. One of these dilemmas is the dilemma of the reformist candidate or the coalition with the moderates of the rival current. It can be said that these two paths have been with the reformists throughout the last year.

In August of last year, Ali Shakoori Rad, the secretary general of the Ittihad-e-Mellat party, spoke about the passage of reforms from the nominee option. This position was reiterated by a number of other reformist figures over the past year, especially at the parties’ congresses. Nevertheless, skepticism persisted despite statements by technocrat reformist figures from the Kargozaran Party. The agencies stressed their full support for Hojjatoleslam “Ali Akbar Nategh Nouri”, a fundamentalist figure in the event of his candidacy, and did not rule out the possibility of supporting “Ali Larijani”, the former speaker of parliament, in their analysis. These stances will complicate the reformist electoral strategy in the presence of these two perspectives.

Another dichotomy that the reforms faced last year, which seems to be facing the moment of approval; Presence in power in any way or by withdrawing and watching events. These two views still have their own fans. One group believes that the politician is the one who succeeds in changing with the least available, and another group believes that when for some reason they are not given a role in the game of politics and even a few roles are forced; You have to stand aside and watch what happens.

Three months before the thirteenth presidential election; The reformists are convinced that the most important factor in preserving them in the Iranian political sphere is to rely on the people and their enthusiastic participation in the upcoming elections. The importance of this for the Iranian political left is so great that they are looking for a strategy and a figure that can motivate the people to participate widely in the elections. The reformists, especially the elders of this political current, know better than anyone that the way out of many of the current challenges is the presence of the people at the ballot box, and perhaps that is why letters were written last year in the struggle to establish this presence. And mental fatigue and physical curvature did not prevent him from trying to come up with a suitable plan.

Hopes for a new consensus building

The 11th of Bahman last year, after much speculation, came to an end and the reformist consensus body recognized its real and legal members. An institution that seemed inevitable given the weak position of the parties in Iran, but with all the support, criticism and ambiguity surrounding it, can organize the electoral activities of the reformists. Thus, 46 reformist figures will decide for the elections. Thirty-one of these people represent their organization and party, and the remaining 15 members are cross-party figures and well-known reform figures.

The first meeting of the real and legal members of the new reformist consensus-building body was held in the evening of Sunday, February 17 in Hosseineh Jamaran, and the presence of figures such as Behzad Nabavi in ​​this meeting, who is accepted by all reformist groups and supporters of participation theory; This made the new institution more serious than ever in influencing the elections. In its initial manifesto, the Reformist Consensus-Building Organization, which operates under the name of the Reform Front of Iran, announced several specific goals for its future activities. Community-based reforms, which is a rational goal given the decline in their trust and popularity in society; The search for solutions to achieve maximum cohesion and unity of the reformists was the main priority and fundamental goal of the new consensus-building institution. On March 27, Behzadnabavi was elected as the new consensus-building body after much discussion. On March 6, after much discussion, the composition of the board of directors of the “Reformist Front of Iran” was determined and “Hossein Marashi” was elected as the first vice president, Hossein Kamali as the second vice president, and “Azar Mansouri” as the spokesman. The presence of reformist figures with an acceptable record such as; Ali Bagheri, Alireza Alavitbar, and Ebrahim Asgharzadeh also show that the new council also pays special attention to logical and academic strategies to achieve the right electoral strategy.

Although hopes for the council rose among reformists, it was also criticized. The presence of permanent letters and repetitive figures at the head of the decision-making body and the repeated denial of the role of parties and organizations in decision-making were among the criticisms leveled at the system by reformists, especially the younger generation. Simultaneously with the publication of the names of those present in the consensus building, the reason for the absence of some reformist figures, especially “Mohammad Reza Aref”, the former chairman of the Supreme Council of Reformists, became ambiguous, but the reason for the absence of reformists such as Aref; “Massoud Pezeshkian” and “Mohsen Hashemi” announced the possibility of their candidacy in the elections. The speculations, however, were not limited to this possibility, and the absence of these personalities, especially Aref in the new institution, was analyzed due to previous disagreements and numerous criticisms of his performance in the High Policy Council and the 10th Majlis.

Congresses and events and changes

Corona was one of the most important issues for parties and organizations in the past year. Last year, many parties and organizations wrote letters, took positions, and criticized and offered suggestions about the coronary conditions in the country. The Coalition of Reformist Women’s Parties called on the people to join the “Neither Sanctions nor Corona” campaign. The call of the Iranians, the agents and the unity of the nation also expressed their views on the difficulties of the Corona pandemic last year. At the same time, reformist parties and organizations, despite Corona; They held their congresses in accordance with the law of the Ministry of Interior.