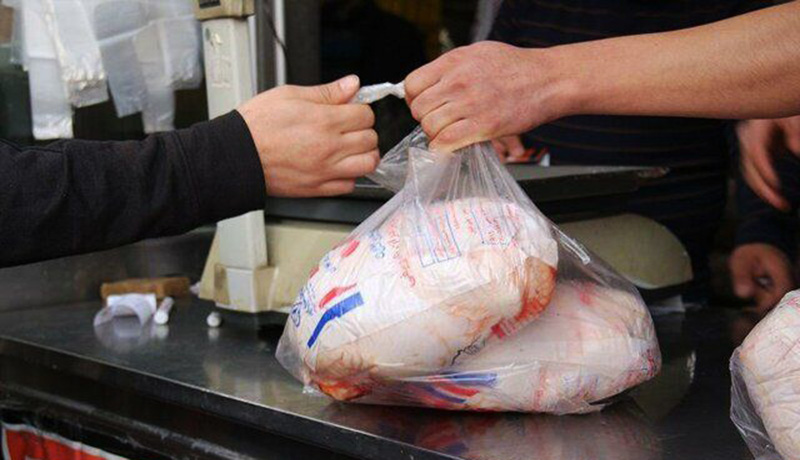 According to Tejarat News, Habib Asadollahnejad, Vice President of the Association of Meat Poultry Farmers Chicken prices In the Yalda night market, he announced and said: Today, the price of each kilogram of live chicken at the poultry farm is 15,500 to 16,000 Tomans and hot chicken is 22,000 to 22,500 Tomans.

Assadollahnejad announced a reasonable price of 17,000 Tomans per kilo of live chicken and 24,000 Tomans for hot chicken.

The official announced the supply of 80% of livestock inputs at the approved rate and 20% from the open market and said: “If 100% of corn and soybean meal is supplied at the approved rate, poultry farmers will be encouraged about the future of production.”

Assadollahnejad announced the current price of each one-day-old chicken as 4,000 Tomans and said: “Although it differs from the rate approved by the Market Regulation Headquarters, the losses of mother chicken producers are so high that 4,000 Tomans of chicken is not responsible.”

“When it comes to monopoly, all eyes are on one person, while monopoly is not a phenomenon that has been created for one to two years and over many years,” said the vice-president of the Meat Poultry Farmers’ Association. It is caused by the poor functioning of government agencies.

According to Assadollahnejad, although the largest importer of livestock inputs receives special concessions from the public sector, the main monopoly on the import of livestock inputs is due to the poor performance of regulatory agencies, which has ultimately led to the growth of the collection.

He continued: “Countries that provide most of the required inputs know only one particular person and do not enter into a deal with another person, in other words, this credit trader also trades.”

The vice-president of the Meat Poultry Farmers Association said that it is not possible to eliminate the monopoly on the import of inputs, adding that in the current situation of sanctions, where the possibility of moving and transferring currency is facing problems, Normal conditions Officials must take action to reduce or eliminate the monopoly.

He stated that the supply of livestock inputs needed by poultry farmers is an important factor in reducing the cost of production and stabilizing the price of poultry in the market and said: the timely supply and distribution of livestock inputs has a key role in preventing the poultry market crisis.

Assadollahnejad assessed the amount of poultry production as appropriate and added: “According to the forecast of the market regulation working group regarding the amount of hatching, production has increased. With the increase in hatching rate, there is concern that the current trend of livestock input distribution will continue.”

Noting that there is no need to worry about supplying chickens on Eid night, he said: “Despite the supply of input at the approved rate and the incentive of poultry farmers to produce, it is predicted that chicken production will increase in the coming months.” Not supplying chicken.

The vice-president of the Meat Poultry Farmers Association said: “This year, like last year, the chicken market does not fluctuate due to the closure of restaurants and reception halls and the reduction of visits and visits, and finally the decrease in people’s demand. , But due to the decrease in demand, poultry farmers lost 5,000 tomans per kilo of chicken.