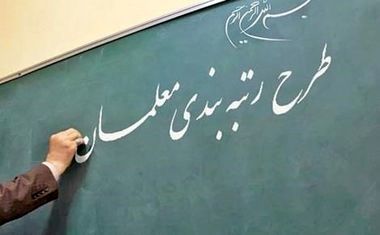 Mohammad Mehdi Zahedi, a member of the Education and Research Commission of the Islamic Consultative Assembly, referring to the plan drawn up by the deputies to implement the ranking of teachers, said: “Seven years ago, the government announced that it would submit a bill on ranking teachers to the Assembly, which unfortunately did not happen.” .

The representative of Kerman in the parliament, emphasizing that the current ranking plan implemented by the government is believed by the deputies to be only an increase in salaries, continued: The teacher ranking plan based on the document of fundamental transformation of the education system was one of the important issues to improve competency. The profession of teachers should have been implemented, in this regard, with a credit of 2,500 billion tomans approved in the budget of 1998, we were determined to implement it, but unfortunately the government pays this budget as overtime and we are implementing this method. We do not accept it as a ranking system and this system should be implemented like the ranking system of universities.

A member of the Education and Research Commission of the parliament stated that the teacher ranking system has nothing to do with years and we do not accept the government’s action to implement the teacher rating system. He said: Run the system properly.