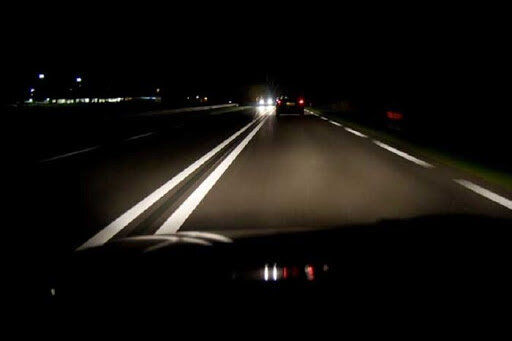 According to Eqtesadonline, quoting online news, for more than a month, serious restrictions have been imposed in the country to control and deal with the corona virus, of which traffic is the main part from 9 pm to 4 am; According to the decree, people who drive their vehicles at this time are required to pay a fine.

But in some cases, some citizens may receive text messages about being fined for being in a place they have never been to at that particular time. The response of the traffic police in these cases to the citizens is that an error has occurred and no fine will be imposed on them.

If a text message is sent by the police to a citizen who has had an illegal time and place on this date, this message does not mean that the final notification has been made to the citizen and the fine has been recorded in the system and in the vehicle records.

Col. Ainullah Jahani, Rahoor Police Deputy Minister of Social Affairs and Traffic Culture, said: “People whose text is checked for registration should know that this is the initial message, and in the second check made by the operator, all cases will be checked.” In our reviews, our colleagues check the color, model and authenticity of the vehicle, and if there is no match, all these items are automatically deleted and do not remain in the system at all.

Colonel Jahani emphasizes: Dear citizens, rest assured that if a message is sent to them and they are not present, the fine will not be calculated in any way; Fines will be issued to people who have received the second SMS.

However, receiving a text message to issue a fine is not pleasant for anyone, and in addition, many people may not know that sending a text message does not mean the final registration of the fine, and this causes concern for citizens.

Rahvar police advise citizens to know in this case that they do not have to worry about fines until they have received the second text message, but if they want to be sure, go to Rahvar 120 website and see their records there; Or text your vehicle VIN written on the back of the car card to 1102020 and be informed of the amount of their fine.

What if we stay in the street traffic after 9 pm?

The constant traffic on the streets, which intensifies more than ever at certain hours, is an integral part of the capital and the metropolis. Perhaps it has happened to you that during this period, the restrictions remain in traffic after 9 pm or you see pictures of streets that are locked with a large number of cars and you have a question that in this situation, all cars are subject to fines?

In response to this question, Colonel Jahani says: The fact is that we work according to the rules and regulations; The resolution of the National Corona Headquarters is considered a law for all and must be obeyed and enforced; As a result, we will start implementing this law from 9 pm onwards.

He emphasizes: “All dear people know that urban thoroughfares in metropolitan areas are not responsible for high traffic, and it is clear to everyone that when the ban starts at 9 pm, if it closes its business at 8 pm and moves home,” he emphasizes. It will definitely deal with the curfew. As a result, people try to manage their time and determine their chosen routes so as not to face the 9 o’clock limit.

If you have urgent work, get a traffic permit from the governor

You may also find it necessary to work outside the home after curfew. You should know that this traffic restriction does not include public transport, agencies and internet taxis, and you can do your job this way and not be fined, but if for any reason you have to travel with your own vehicle, you can refer to You will receive a traffic license to the governor’s office by presenting valid documents, and by receiving this license, the vehicle number will be registered for a specified period and you will not be subject to a fine.

Rahoor: We do not agree with turning off the traffic lights

Following the traffic restrictions from 9 pm onwards, one of the issues criticized by the public was the switching off of traffic lights. This darkness caused serious concerns for the citizens because on the one hand, despite the traffic restrictions, some people still travel in the city after this hour, and the darkness of the streets increases the risk of accidents for them, and on the other hand, the blackout of the streets causes serious danger to passers-by. Threaten pedestrians or hardworking municipal workers. In addition, the darkness of the passages may impair the security of the citizens and increase the theft rate.

The lighting reform plan is the name given by the government and the Ministry of Energy to shutting down the capital’s thoroughfares between 9 pm and 4 am, and Mustafa Rajabi-Mashhadi, spokesman for the electricity industry, saving fuel and electricity consumption, sending more gas to industries, and preventing Possible power outages and domestic gas pressure drops are among the benefits of this plan.

However, the implementation of this plan, in addition to serious criticism, has also had consequences. The CEO of Tehran Traffic Control Company has announced an increase in accidents after the traffic lights went out.

According to Cyrus Jedi Thani, the recent blackouts have reduced the visibility of cameras installed in urban thoroughfares and reduced the control of offending vehicles, and unfortunately, the number of thefts of smart urban equipment has also increased significantly after these blackouts.

Mohammad Hossein Hamidi, the capital’s Rahoor police chief, had previously said that the police were opposed to turning off the lights of some of the capital’s highways during curfew hours.

In this regard, Col. Ainullah Jahani, Deputy Minister of Social Affairs and Traffic Culture of Rahvar Police, says: “Traffic police have always demanded the necessary lighting to increase safety on the roads and to prevent accidents, and the police did not agree with the recent blackouts.” And it has no role in it and is not associated with it.