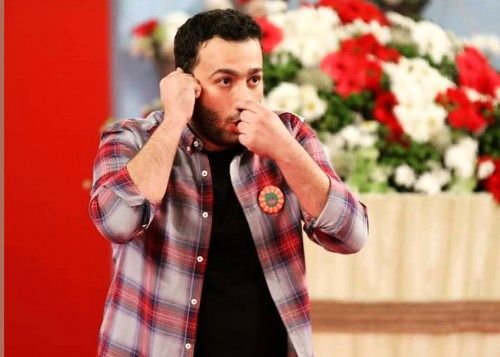 The news of Ali Sabouri’s clash with the medical and disciplinary staff and the police hospital started from the stories on his personal page on Instagram.

In the stories he published, Ali Sabouri stated that he had gone to the hospital in a bad mood and that his fight in the hospital had led to his arrest.

Amir Hossein Alian, a resident of Rajai Hospital, who complained to Ali Sabouri after the incident, described the incident with Ali Sabouri as follows: “I acknowledge that this happened on March 20, 2010. Ali Sabouri came to the hospital and beat and insulted him. His physical conflict was with myself. He used vulgar words and damaged the hospital equipment and disturbed the order of the hospital. “It endangered the condition of CCU patients.”

In response to the question of what was the cause of Ali Sabouri’s unhappiness when this clash took place, Dr. Alian said: “Ask them the cause of their unhappiness! It was not his turn yet. So I had no verbal contact with him and did not have a chance to find out what upset him. “I had not even visited him yet and I had not had a chance to understand the cause of all this commotion.”

“At first I saw someone saying something bad and then suddenly rushed into my room and there was a physical fight. I did not understand the reason for this behavior,” he explained.

“He later posted on Instagram, citing reasons that these were just his own opinions. Although he was so angry before talking to doctors or hospital officials, he only talked to nurses and triage.”

Dr. Alyan continued: “The patient had not been given a history yet and only he himself had said that he was ill. But what a bad situation it is that several people could not hold him and he attacked the doctor and after leaving “Was the hospital publishing a story?”

Regarding the diagnosis of this patient, Dr. Alian said: “My task was to take care of the more seriously ill patients first and I did not have time to make eye contact with this person. I had not seen him and I only saw someone standing somewhere and shouting. “Everyone has a mask these days because of the corona, but even if Ali Sabouri did not have a mask, I did not know him.”

Dr. Alian said at the end: “This is an incident that we often get hurt for the lack of legal and principled medical staff. We are doing our duty. I have not seen my family for a year and a half due to the coronary conditions. “The situation is even more critical near Eid, and these behaviors are exhausting for us.”

What does Ali Sabouri say?

Ali Sabouri is a well-known actor who had this incident in his mental condition due to illness. What can be deduced from the stories published by him is that he had anxiety due to the risk of illness when he went to the hospital. A few aggressions of this young actor are not justifiable, but in the future, his explanation about this may reduce the inflammation of the story.