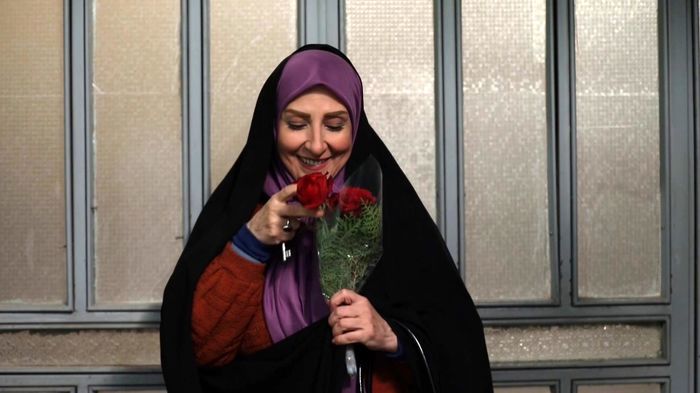 Marjaneh Golchin further expressed her interest in acting and that she started her artistic activity at the age of 9 and became famous with the series Ayneh.

The 48-year-old actor went on to detail his personal life and that he starred in his last film in 1995 and then got married.

Marjaneh Golchin continued that her husband did not agree with her acting and she also left acting at her husband’s request for 10 years, but finally she could not cope with the situation and returned to the world of acting and separated from her husband.

Marjaneh Golchin also talked about music and that she studied music in Tar and said that she enjoys having an artist family. (Nader Golchin, Marjaneh Golchin’s uncle, is one of the old singers and the owner of the country’s style)

Marjaneh Golchin complained about the demarcation between film and television actors and demanded that TV actors be trusted and cast in movies.

Also, Marjaneh Golchin, an actress with a well-known name in Iranian cinema, released a video on the occasion of the thirteenth day.

Iranian film and television actress Marjaneh Golchin posted a video on her Instagram.

In this video, Marjaneh Golchin sings one of the famous songs of Mohsen Chavoshi and then introduced the thirteenth day to the door.