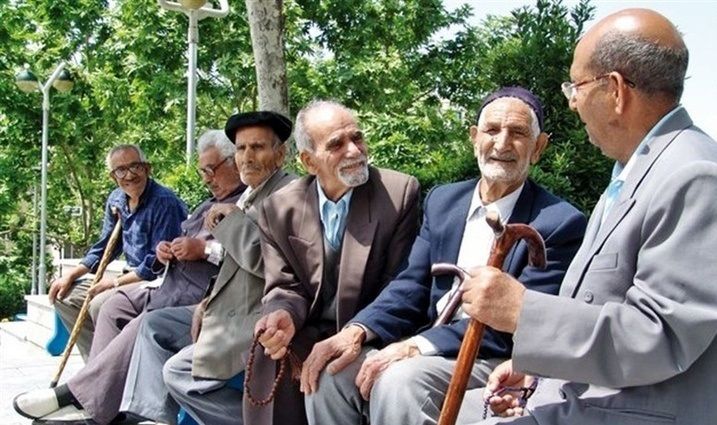 According to the Khabar-e-Azad website, the retirees of hard and harmful social security jobs informed that the difference in the proportional amount of a group of them has entered the legal file of Esfand month.

Yesterday, Mustafa Salari, CEO of the Social Security Organization, announced that the difference between the restoration of the Eid adaptation of retirees subject to the harsh and harmful law will be considered and paid from today (Monday, March 16).

According to Salari, the difference between the adjustment amount will be calculated and paid from the beginning of August.

Of course, not all retirees have yet received the adjustment amount from August to March, and apparently this money is gradually credited to them in alphabetical order.

The Eid figure has been approved by the Cabinet and all pension funds pay the Eid amount to retirees based on it. This figure was approved for this year of 1.5 million Tomans and almost all retirees across the country in each pension fund were Eid. Received themselves.

This Eid has not yet reached the retirees, it is over and the retirees are all still wondering what they could do with this figure that they did not, with a cursory glance at the price of basic items we realize that this figure for the supply of goods more than we think , Lower.

Now, if we skip the price of meat, chicken, rice, etc., the price of a pair of men’s and women’s clothes also needs a high figure, and apart from this, considering that retirees are old, cleaning the house for Eid night and washing carpets is beyond their power. It’s out, and the same shaking house costs retirees, who are unlikely to be able to do anything with this Eid amount.

Retirees’ Eid To which wound should we retire the Eid of Retirees / Eid?

Now, in the meantime, the retirees are wondering which wound they will spend 1.5 million tomans to please God.

We asked some retirees what did you do with the 1.5 million tomans for Eid? We received various answers, one had spent it overnight and rented the house, the other had bought rice, meat, nuts and had run out of money, some had not yet spent and had left their children and grandchildren for Eid, according to them. Retirees and grandchildren also have high expectations of them for Eid and are no longer satisfied with 10 Tomans and 5 Tomans for Eid.

From the time the Eid figure was announced until the figure was paid, the retirees had many objections to it, but still, like other issues that the officials did not listen to the demands of this group, their protests were in vain and the same Eid figure was group by group. Was deposited.

We followed up on the low number of retirees from different insurance funds, and each of them announced that the Cabinet had approved the Eid figure and that the insurance funds were obliged to pay Eid.

Salari, CEO of the Social Security Organization, said: the amount of Eid pension ‌ recipients has been set at one million and 500 thousand tomans based on the decision of the Council of Ministers.

The important point is whether the government paid attention to inflation when determining the Eid figure or not? This approved figure shows that the government has set the Eid number of retirees regardless of inflation and the price of basic items, and retirees are amazed at how they can spend this Eid this year.

Ali Khodami, Director General of Finance of the State Pension Fund, stated: In coordination with the Treasury of the whole country and other relevant authorities, it was decided for those retirees and employees who have paid a part of Eid or have not received any money for Eid, the Eid of these loved ones during Full payment in the next two days.

He added: “People with two general offices and loved ones whose retirement date is less than one year and as a result a full Eid has not been calculated for them, have been among the mentioned groups.”

Khodami said: the Eid of retirees and employees of the country, according to the government’s decree, was paid in the amount of one and a half million Tomans on the evening of Wednesday, February 20th.

The Director General of Finance of the National Pension Fund announced the Eid deposit of the pensioners of this fund on Wednesday, February 20th.

Announcing this news, Ali Khodami added: According to the government, the amount of Eid for retirees is one million and 500 thousand Tomans.

If the plan is finalized and approved, next year workers’ retirees will receive the same amount as Eid workers; At present, the Eid of labor retirees is “employee”; This is while the Eid of working workers is at least two pillars of workers’ rights.

This year, the workers’ retirees were very critical of receiving a meager employee’s Eid, declaring either to make our Eid a worker or to pay our salaries and benefits as an employee.

The plan to pay workers’ Eid to retirees or the draft of a single article on equalizing Eid and rewarding social security retirees with employed workers subject to the labor law has been presented to MPs by the Coordination Center of Islamic Labor Councils of Khorasan Razavi Province. Have given.

If the plan is finalized and approved, next year workers’ retirees will receive the same amount as Eid workers; At present, the Eid of labor retirees is “employee”; This is while the Eid of working workers is at least two pillars of workers’ rights.

This year, the workers’ retirees were very critical of receiving a meager employee’s Eid, declaring either to make our Eid a worker or to pay our salaries and benefits as an employee.

This year, one million and five hundred thousand tomans have been paid to social security retirees as Eid.

Explain the details of retirees’ Eid

Rahmatollah Pourmousi, referring to the recent meeting of some labor activists and members of the Coordination Center of the Islamic Labor Council of Khorasan Razavi with the Social Commission of the Majles and the head of the Social Security Organization in this regard, said: With the consultations we had two weeks ago, a single article We have completed the unification of Eid and the rewards of social security retirees with employed workers and presented them comprehensively in the form of a proposal to the Social Commission of the Parliament so that after the necessary discussion and follow-up, they can take it to the open court of the Parliament. .

The labor activist continued: Regarding the medical issues of retirees, discrimination between the salaries of social security retirees and national and Eid and the rewards of retirees were also discussed and the request of the members of the Islamic Labor Council and Mashhad Social Security Retirees Center was that Eid social security retirees such as Eid of workers working in social security and in accordance with the single article of the law related to determining the Eid and the annual remuneration of workers subject to the Labor Law approved by the Parliament in 1370 to be matched and paid.

Pourmousi stated: At present, with the decree of 1370, workers receive two months of basic salary as the minimum amount of Eid and three months of basic salary as the maximum amount of Eid as Eid and the end-of-year bonus from the employer, while after retirement They hire employees for Eid, and this year, like government employees, they received 1.5 million Tomans for Eid. By presenting this plan, we suggested that Social Security retirees also get workers after Eid retirement.