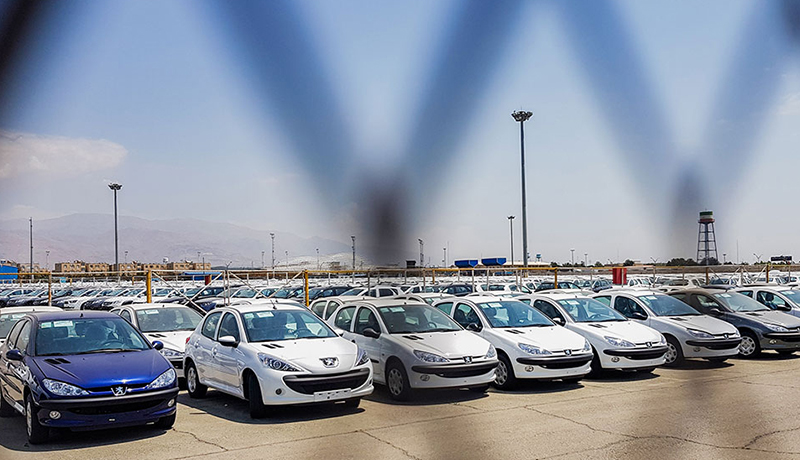 According to Tejarat News, with the beginning of the embargo on Iran’s car industry in 1997, many cars have been taken off the production line until today. However, during this period, only a few products have been added to the products of the country’s car companies. In addition to cars that were removed due to sanctions, some products went off the “special road” due to their inability to meet new standards, including the regular Pride and Peugeot 405. No specific alternatives were introduced for these cars, but the automakers announced that they would fill the gaps by increasing the circulation of other products. Thus, although the country’s car industry has not had a shortage of elimination products in the last two and a half years since the embargo, several new cars have been added to their product portfolio; Including Tara Iran, Khodro and Shahin Saipa. Several other cars are on the way; Like the Atlas, which will begin production next year. In addition, if sanctions against the country’s car industry are lifted, there will be room for new foreign products.

A review of Iran-Khodro statistics during the embargo period, especially in 1999, shows that the company removed the Suzuki Grand Vitara, Thunder-90, Dongfeng and Peugeot 2008 from its production lines and instead added only Tara to its production line. In the meantime, the first product to be separated from the Iranian car was Suzuki. From the very beginning of the embargo, it was clear that Vitara would no longer have a place in Iran; Because the Japanese usually adapted to the sanctions very soon, especially Suzuki Motors, which has shown before that it does not accept the risk of sanctions at all. The Suzuki Grand Vitara party continued until last year, albeit with a very small circulation on the Iran-Khodro Khorasan site, but during this year, not a single Japanese high-chassis device was assembled. In the post-conflict period, Iran-Auto had intended to increase the level of cooperation with Suzuki and assemble new products of this company, however, sanctions were imposed and did not allow the expansion of cooperation between the two sides.

With the removal of the Suzuki Vitara from the Khorasan Iran-Khodro site, no new product replaced it, and although it was thought that Haima’s assembly would be increased to make up for the lost circulation of this product, the Chinese truck was also subject to sanctions. Haima, who was a guest of Iran-Khodro in two models, S7 and S5, is still assembled on the Khorasan site, but with a small circulation. Irankhodro announced a few months ago that due to the problem of supplying parts, the assembly of Haima in this company will be stopped, but for now (according to Bahman statistics) this has not happened. Of course, due to the very poor circulation of Haima in Bahman (only 17 units), this Chinese high chassis will probably be separated from the special road blue. With the removal of Haima and if it is not replaced by a new car, the Khorasan Iran-Khodro site will face product shortages and will have to deal with the likes of Peugeot 405 and Pars Roozgar.

Another elimination product of Iran-Khodro in this period is Dongfeng; A Chinese car that was assembled earlier this year. Dongfeng was one of the post-final cars that became the guest of Iran-Khodro in 1995, and although it was not very popular in the beginning, it gradually gave way. During the current year, only 94 dongfeng machines have been assembled in Iran-Khodro, which is related to the first 99 months. After the embargo on Iran’s car industry, the Chinese were expected to remain in the same dongfeng and continue their activities; But US sanctions were so severe that most Chinese companies were forced to leave; Including Dongfeng. Dangfeng, of course, partnered with private automakers last winter; However, statistics show that the Chinese automaker has had a very poor circulation in Iran this year. With Dongfeng leaving Iran-Khodro, there was no new product to replace it, and now we have to wait and see next year, and if the sanctions are lifted, this Chinese automaker will return to the “special road” or another automaker will take its place.

Let’s skip the Chinese and go to the French who left Iran for the car, namely the Thunder-90 Renault and the 2008 Peugeot. Until last year, the Thunder-90 was assembled in Iran-Khodro, but this year it said goodbye to the special road blue. Production of Tondar-90 in Iran-Khodro started in 1986 under the contract of X90 joint platform. According to the initial plan, 300,000 Thunder-90s were to be produced annually in Iran, Khodro and Pars Khodro (another host of Thunder), however, this planning never came to fruition. The Thunder-90 was hit twice by sanctions in the 1990s, leaving the former safe; But he did not escape the latter. During the sanctions of the early 1990s, Renault restricted its activities in Iran; But production of the Thunder-90 continued. With the lifting of the embargo, the production situation of the Thunder-90 improved, however, again in 1997, the embargo was lifted, this time taking Renault and the Thunder-90 with it. The Renoirs first announced that they would remain in Iran despite the sanctions, but would reduce their level of activity; But then they regretted it and left. Given the three-month gap between the US withdrawal from the nuclear deal and the UN Security Council and sanctions, Iran-Khodro had the opportunity to import and store as many Thunder-90 parts as possible.

It was these stockpiles that caused production of the Thunder-90 to continue until the end of 1998, but did not rise to 99. With the elimination of Thunder-90, Iran Khodro lost one of its highest quality and most popular products and has not been able to find a replacement for it. The question of whether the Thunder-90 will return to Iran-Khodro production lines if the sanctions are lifted next year is an currently unanswered question; Because it is not clear what Renault’s future policy will be in Iran. Of course, Renault’s return to Iran is very likely; But it is not clear whether the Thunder-90 will return to production or be replaced by another product. But the last product that has been removed from the production lines of Iran-Khodro to date is the 2008 Peugeot. 2008 is one of the post-completion automotive fruits that its production started in the summer of 1996.

Iran-Automobiles was supposed to produce three Peugeot products in the aftermath, however, it only reached the production stage in 2008 and 16,000 units were pre-sold. Within three months of the US withdrawal from the UN Security Council and sanctions, Iran-Khodro was able to supply and store the parts needed to assemble the 16,200-2008 register. The 2008 Peugeot was produced until January this year, but avalanche statistics show that the car has reached the finish line on the “special road”. Instead of the products that Irankhodro lost, only one new car has been added to the company’s production lines. This product is called Tara and is kind of one of the same post-production products that Irankhodro was supposed to assemble. Irankhodro actually built Tara on the platform of Peugeot 301 and started its production as a domestic product this fall and recently pre-sold it.

Round trip of cars in Saipa

Let’s go to Saipa and its subsidiary Pars Khodro, two companies that lost many cars during the embargo; However, some of them returned. The most significant product that Saipa lost was Pride, but not because of sanctions, but because of the inability of this product to pass the new standards. At the end of July this year, Pride was permanently removed from the production lines of Saipa and Pars Khodro to end its life after 30 years on the “special road”. New products did not replace Pride, but Saipa announced that it will fill the vacancy of this car by increasing the circulation of Tiba, Saina and Quick. Along with Pride, the Saipais also lost the assembly Cerato due to sanctions. With the disruption of the supply of Cerato parts, Saipa was forced to stop assembling this product, and this happened earlier this year.

In Saipa, Changan and Ario were among the cars that the embargo temporarily removed from the orange of the special road, however, statistics show that the two Chinese assemblies have returned. In exchange for the cars it lost, Saipa introduced new products, one of which (Shahin) is currently in production, and two other products will probably start production next year. In the meantime, Aria, as a Shahin crossover model, will go to Saipa production lines during 1400, and Atlas, which is supposed to be the new generation of Quick, will start its trial production in a few months.

But Pars Khodro was also forced to say goodbye to its guests during the embargo. Thunder-90, Pars Thunder and Sandro were the cars that separated from the third largest car manufacturer in Iran during this period and instead, Quick and Saina became the guests of this company. Pars Khodro also lost its Brilliance at some point during the embargo, but the Chinese car returned to the company’s production lines and is currently being assembled.

In the private sector, as in the case of government-affiliated automakers, deletions and additions occurred. Most of the products of private carmakers are Chinese models, some of which were discontinued due to sanctions. The most significant products that the private sector lost during this period were the Japanese Mazda and the Korean Hyundai, the former of which was assembled in the Bahman Group and the latter in Kerman Motor. The Japanese car was assembled with the Mazda 3 model and Hyundai was assembled with the Accent, Elantra, i20 and i10 models. With the removal of these products, Bahman and Kerman Motor Group could not find substitutes for them, although two or three new Chinese car models entered their production lines, including Dignity.

Other private carmakers also had products that were sanctioned. Meanwhile, Carmania, which got off to a relatively good start with Beauvais de China, could not cope with the embargo and was shut down because there is currently no production at the company. The other private sector elimination vehicle was MG China, which was assembled in the company “Azerbaijan Automobile Industry” and, incidentally, the margins related to the non-delivery of the company’s registration emojis continue.

Although the Azerbaijanis were unsuccessful in reconnecting with MG, they were able to enter into a partnership with a Taiwanese automaker called Luxgen, and according to the latest statistics, the company has also started producing a product called Luxgen 6. The private sector, however, suffered other casualties during the embargo, including the Copa and Geely (both from China). If the car embargo is lifted next year, the Chinese are likely to return from the private sector, and there are even rumors that Hyundai will re-enter the auto industry.