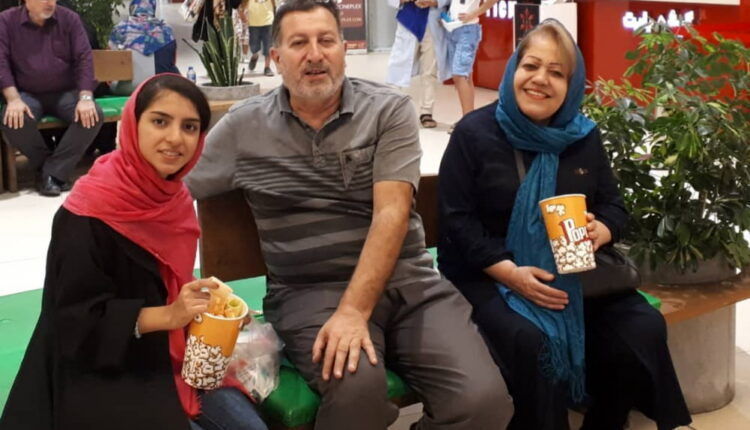 It was in the early summer of 1998 that a 15-year-old girl named Shima Sabgardi Moghaddam left her home and never returned, and that was enough for her family to apply for help at the police station. During the police investigation, the officers found out that Shima was the last one in Beyhaqi terminal who had a phone call with his family and no one knows about his fate, so the officers went to Beyhaqi terminal and checked the CCTV cameras.

Officers from Tehran’s 11th Intelligence Police Department discovered in a police investigation that Shima had last boarded the car of a male passenger named Behlool. He then went to her with the license plate number of her car and Behlool was arrested as the only suspect in Shima Sabagardi Moghaddam’s case. Behlool first claimed that he had taken Shima out of the car in the Nizamabad area and that he no longer knew about her. He stated that I had imprisoned Shima in my house until I was arrested. When I was released, I released her and I no longer knew her fate.

Behlool was detained for 45 days and interrogated, but did not confess and was released on bail due to lack of access to sufficient evidence. But finally, on December 8, it was reported that Behlool (the evil taxi driver who had taken 15-year-old Shima to his single home) confessed to killing the young girl and burying her body in the yard of her landlord’s house. Shima’s father said in an interview that Behlool is a murderer and a criminal, he should be punished and we will not forgive the revenge of Shima’s killer. But recently, new dimensions of this story have been published in the media and it has become clear that Shima’s real parents are other people. “We adopted Shima, who was only 3 months old, from one of our distant relatives 15 years ago,” Shima’s father said in a statement.

They handed over Shima to us quite legally, and we told the police from day one that Shima was not our real child. Now the question that arises is who has the right to retaliation, ransom or forgiveness of the murderer, in fact, who are the real parents of Dam Shima who have these rights, who have entrusted his custody to the family of Sabagardi Moghaddam or The stepfather and stepmother who raised him and followed his fate during this time? Join us to find the answer to this question in the continuation of this article.

But who has the right to retaliation?

According to Article 351 of the Islamic Penal Code, the guardians who have the right to retaliation, receive ransom or forgiveness are the heirs of the victim, except for his or her spouse, who has no right to retaliation. In general, everyone who inherits from the victim at the time of death will have the right to retaliation. There is an exception to this general rule, and it is the victim’s spouse who, although inheriting from the victim, is not considered a guardian. Of course, in the event that the right of retribution is converted into blood money for any reason or the property or right is compromised, the victim’s wife will also inherit it. It should be noted that the heirs of the victim in the same way the three classes of inheritance mentioned in Article 862 of the Civil Code have the right to request retribution or conditional or unconditional pardon of the killer and with the first class of heirs it is not the turn of the next class.

The classes of inheritance are as follows: (Only these people have the right to retaliation, receiving blood money or forgiveness)

According to the above-mentioned articles, the guardians of Dam Shima, who have the right to retaliation or receive ransom or forgiveness from the killer, are his real parents, and his stepfather and stepmother, even if they have a birth certificate for him in their own name, are not considered guardians; Therefore, in order to determine the task of the case, Shima’s main parents must be identified, and if they are not identified or are not alive, their heirs are considered to be the guardians of the tail, which includes their children, siblings, aunts, uncles, uncles and aunts, respectively. They become.

If any of these people are not identified, the guardian is the Supreme Leader, who has delegated this authority to the head of the judiciary; Therefore, despite the fact that Shima’s stepfather and stepmother raised him and during this time they sought to find him and clarify his fate, they have no right to demand retribution, blood money or forgiveness, and can only plead guilty and file a complaint.

It should also be noted that according to Article 612 of the Islamic Penal Code, anyone commits premeditated murder and has no plaintiff or plaintiff, but has retaliated or is not retaliated for any reason if his action disrupts order and protection. Public safety or fear of the perpetrator or others The court sentences the perpetrator to 3 to 10 years in prison.