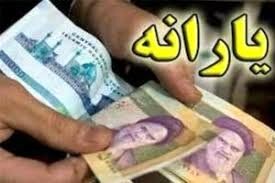 According to the announcement Government , According to the resolution of the National Corona Headquarters as well as the resolution of the Islamic Consultative Assembly and following the agreement on supporting the livelihood of low-income groups whose income has been disrupted due to the outbreak of Corona disease, it was decided: 120 thousand Tomans per month ( Subsidy Third) be paid.

It is worth mentioning that these funds will be paid for four months from December. The first stage of this livelihood support has been deposited in the accounts of the eligible individuals on 1/8/7.

Based on this, in the remaining four months of this year, 100,000 Tomans per month will be transferred to the account of the head of the household of 30 million people. The question that arises is; Where is the resources of 3 thousand billion Tomans per month for the payment of the third subsidy provided?

It should be noted that this figure is equivalent to a monthly deposit cash subsidy 45,000 Tomans is for 60 million subsidies.