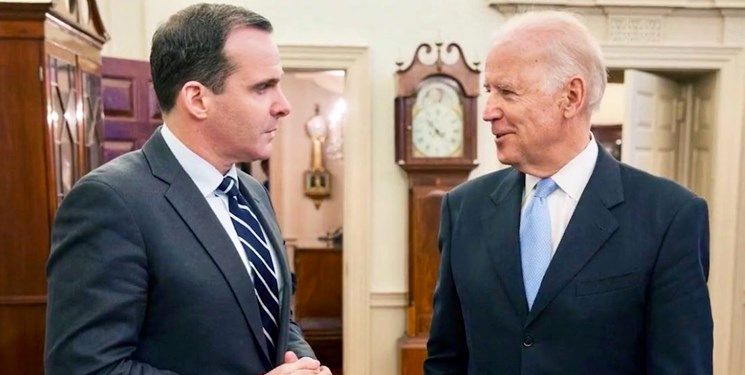 An official close to Saudi Arabia and the United Arab Emirates in Joe Biden’s government is one of the factors behind his anti-Iranian policies.

In a report on the frustration of a group of American analysts and politicians with the policies of President Joe Biden in the West Asian region, a US newspaper noted the role of an official close to Saudi Arabia and the UAE in designing these policies.

The New York Times quoted a recent article by Jared Kouchner, Donald Trump’s son-in-law and adviser, in support of Biden’s policies toward Iran, and Kushner’s support sparked outrage among a group of Biden’s liberal allies who had already made rapid progress. US nuclear diplomacy with Iran was flared up.

“If I had been in the White House, I would have received a serious warning that Jared Kouchner could praise me for not doing my job properly,” Benjamin Ben Rhodes, the deputy national security adviser during Obama’s presidency, told the New York Times.

Iran, of course, is just one of the foreign policy issues that has left the Biden fan base in despair. Although Biden satisfied the group with a few quick moves, such as joining the Paris Agreement and cutting off support for the Saudi coalition in the Yemeni war, he ordered an airstrike in Syria and refused to punish Crown Prince Mohammed bin Salman. Saudi Arabia has caused frustration after the publication of the report on the assassination of Jamal Khashgechi.

Trump supporters are dissatisfied with Biden’s policies toward Burjam, saying that the delay in returning to the agreement has only created political opposition within the country and is accompanied by the risk of escalating tensions in the region.

According to the New York Times, the group’s other complaint is that Biden has maintained and is still implementing essentially the same sanctions that Trump has imposed on Iran since leaving the Security Council.

“Although the sanctions did not give Trump any leverage over Iran, the administration should continue the Trump administration’s analysis that sanctions are putting pressure on the United States,” said Jurf Sirinkian, a senior arms control expert who was an adviser to Obama administration officials. “It is accepted.”

The New York Times went on to cite the US military’s February 25 airstrikes on resistance groups in Syria as another factor in complicating nuclear talks with Iran. Although the attacks were limited, Sirinkian said, it derailed nuclear diplomacy with Iran and risked escalating tensions.

The attack also disappointed a group of Biden supporters who believed in his promise to end “eternal wars” in the Middle East.

The New York Times writes that another issue that fuels the Liberals’ despair is that Biden’s national security team is full of centrist politicians such as Secretary of State Anthony Blinken and White House National Security Adviser Jake Sullivan, who support former military intervention. They have America in their record.

McGurk first entered the White House as an aide to George W. Bush, but also served in the US administration during the Obama and Trump presidencies.

The New York Times writes that McGurk has strong ties to the leaders of Saudi Arabia and the United Arab Emirates, and Biden critics say he has “unfortunate influences” on US government policy.

McGurk is one of the factors influencing the Biden government’s decision not to punish Mohammad bin Salman after the report of Jamal Khashgechi’s assassination was published, while many Biden supporters expected the Saudi Crown Prince to at least be barred from traveling to the United States.

“I was deeply disappointed by the Biden administration’s inclination toward counter-terrorism-backed counterparts, although this does not surprise me,” Kate Kaiser, a senior fellow at the nonprofit Wins Without War, told the New York Times. . »

“Increasing militarism and demonization is not the solution to the problems, but the solution is to invest in diplomacy and build resilience within the country,” he added.