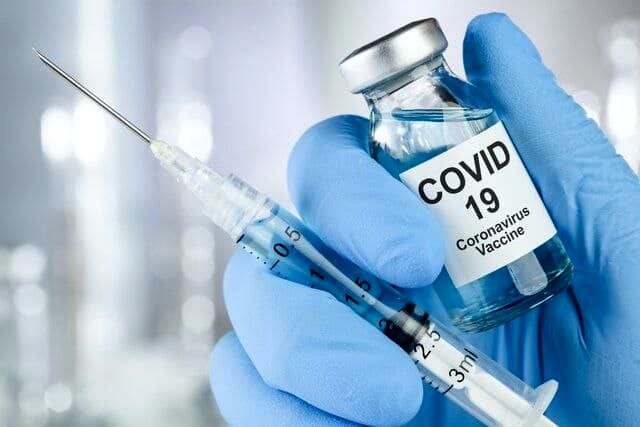 Many developed and developing countries are rapidly considering pre-purchasing vaccines on the market. But in the country, the question arises that given the high cost of buying a vaccine, what is the economic benefit of this issue? And what are the costs and benefits of buying an anti-coronary vaccine for the economy? The newspaper has answered this question by drawing different scenarios. Studies show that continuing the shutdown due to the outbreak of the Corona virus by the end of 1400 will cost $ 32 billion at best and $ 48 billion at worst. Buying two doses of the most expensive vaccine available will cost a maximum of $ 5 billion to inject into more than 84 million people (estimated at 1400). Therefore, the numbers show that it is more economical for the country’s economy to buy vaccines in any situation. This is done without considering the health and psychological costs that delay the purchase of the vaccine.

The economic cost of continuing the corona virus

Three Corona vaccines have reached the final stage so far, and countries around the world are queuing up to buy them. Many health experts emphasize the need for this vaccine. In addition, economists consider the cost of purchasing this vaccine to be more cost-effective than the cost that the quarantine and health costs will impose on the economy. The newspaper in three scenarios the costs of the epidemic Corona virus It has imposed on the country’s economy and compared it with the cost of buying a vaccine. The coronavirus epidemic has affected people’s livelihoods and economics in several ways. At the very beginning of this pandemic, economists argued that the crisis that the virus would spread to the world economy was different from other economic crises because of its effect on total supply and demand. Nearly nine months of experience with the spread of the virus around the world has shown that because there is no effective drug to prevent the virus, the best way to save people is to identify the infected person and break the link of the virus. As a result, the first and most effective way to prevent more people from becoming infected with the virus is to quarantine people and close down jobs that make the virus easier to transmit. Therefore, one of the most important effects of this virus on the economy is the closure of jobs and the consequent reduction of the supply of services and goods on the one hand and the increase of unemployment on the other hand. In addition, because people are in quarantine and semi-quarantine, demand for many goods and services is declining. One of the first industries to face a serious crisis due to the Corona virus was the hotel and tourism industry. As a result, the effects of the virus on aggregate demand and supply are widespread, and it is difficult to accurately calculate the costs to the economy. In addition, the health costs incurred by governments to prevent and treat the disease must be calculated. Therefore, although calculating the economic costs imposed on the economies of countries is one of the most important questions, it is difficult to calculate.

At the beginning of this year, the Parliamentary Research Center, in an expert report entitled “Macroeconomic Dimensions Assessment of the Corona Outbreak” with three scenarios, estimated the costs imposed on the country’s economy by the end of 1999. According to the report, in the first scenario, the government is supposed to continue its austerity until the virus is eradicated, thus reducing the total output of the economy by nearly 11 percent in 1999. In the second scenario, it is assumed that the government’s austerity will last until April 13, after which the relative liberalization will continue until the end of the removal of the corona, along with distance education. In this scenario, the cost of the corona accounts for about 8.6% of the total output of the economy. In the third scenario, it is assumed that the government will be strict until April 13 and the relative release will occur after that, assuming the opening of educational centers from the second week of May. In this case, too, it is predicted that this shutdown rate in the pressure economy will have about 7.4% of total output. It is possible to use GDP at nominal prices instead of the total output with a good approximation.

The economic cost of the corona in dollars

For a better comparison, the economic costs of the corona can be calculated by considering that each dollar will be 20,000 tomans next year. With this assumption, the country’s gross domestic product at nominal prices at the end of 1999 is estimated at about $ 197 billion and in 1400 at about $ 237 billion. Therefore, it can be said that with the first scenario, where about 11% of nominal GDP will be spent due to the outbreak of coronavirus, in two consecutive years of 1399 and 1400, the estimated cost will be $ 48 billion. In the second scenario, the calculations show that the cost imposed on the country’s economy will be about $ 37 billion and in the third scenario, $ 32 billion.

How much does it cost to buy a vaccine?

So far, three vaccines from Pfizer – Bionetek, Moderna and Strazenka – Oxford have reached clinical trials. Estimates show that the price of Pfizer-Biontec and Moderna vaccines is between $ 10 and $ 30 per dose. Given that each person needs two doses of vaccine, this price should be doubled. On the other hand, the price of each dose of Strazenka-Oxford vaccine is 3 to 4 dollars. Therefore, it can be estimated that on average, each dose of Pfizer vaccine will cost $ 20 and the modern vaccine will cost $ 30.

To calculate the cost of purchasing a vaccine, one must consider the assumptions that the Ministry of Health intends to vaccinate in the first phase. Based on these hypotheses, three scenarios can be considered. In addition, the country’s statistics center estimates in a report that in 1400, the maximum population of Iran will reach about 85 million people. According to the percentage of different age groups in 1995, approximately the population of different age groups in 1400 has been predicted and based on that, three groups have been considered for vaccination.

first group: We assume that in the first stage, the population aged 60 and over in the country will be candidates for vaccination. According to estimates, about 9% of the country’s population in 1400 will be over 60 years old, which includes a population of about 8 million people.

The second groupIt is assumed that the population over the age of 30 will be vaccinated, which will make up about 51% of the country’s population by 1400. In this hypothesis, about 43 million people will receive the vaccine.

The third groupIt is assumed that the entire population of the country will be vaccinated in 1400, which will be a population of about 85 million people. To estimate the potential cost of purchasing a corona vaccine, assume that there are three price groups for each dose of vaccine. The first group is $ 4, the second group is $ 20 and the third group is $ 30. Therefore, to calculate 2 doses of these vaccines, the costs must be doubled. So if the government were to provide two vaccines for the first group of 8 million, it would cost $ 42 million, $ 62 million for the $ 4 vaccine, $ 314 million for the $ 20 vaccine, and $ 472 million for the $ 30 vaccine. The cost of providing the vaccine for the second group, which makes up about half of the country’s population in 1400, will be $ 364 million, $ 1.728 billion and $ 2 billion and 592 million, respectively. If the government wants to provide vaccines for the whole country, it will have to spend 680 million dollars, 3 billion and 396 million dollars and 5 billion and 100 million dollars, respectively, which is the maximum cost of purchasing the vaccine. Thus, calculations show that the government will spend a minimum of $ 62 million and a maximum of $ 5 billion and $ 100 million to purchase two doses of the vaccine. If we assume that this vaccine is purchased at the rate of half a dollar, which is about 25 thousand tomans, we can say that the cost of buying two doses of 4-dollar vaccine for about 10% of the population in 1400 is about 1.6 billion tomans and buy two doses of 30-dollar vaccine for the entire population In 1400, it will cost about 127.5 thousand billion tomans.

The cost of buying a vaccine

The calculated numbers show that if we assume that the vaccine will be distributed in the country by the end of 1400, in fact, the economy will be involved in a corona pandemic for two years, 99 and 1400. As a result, the cost of the corona to the economy will be $ 32 billion at best and $ 48 billion at worst. The cost of the most expensive vaccine to be injected into the entire population of the country in 1400, which will reach 85 million people, is close to $ 5 billion. Of course, it should be borne in mind that these calculations are very general and do not take into account many variables, because as the epidemic lasts longer, health care costs will also increase sharply. However, these calculations show that it is cheaper for the country to buy the vaccine, and as a result, the government must make every effort to provide the vaccine.