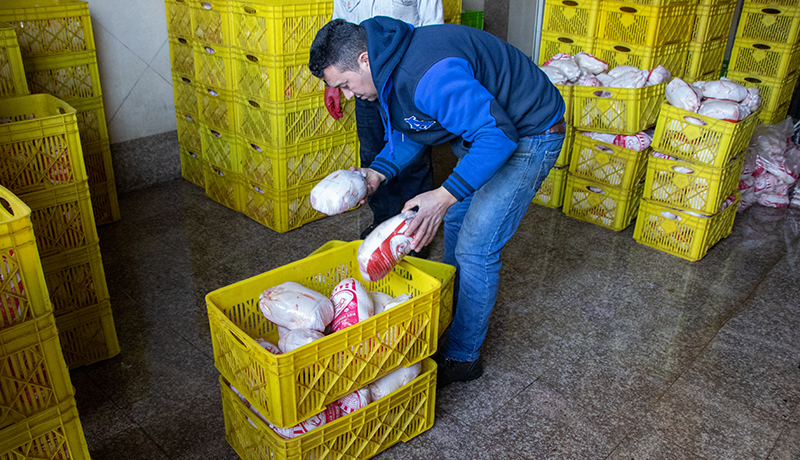 According to Tejarat News, Azim Hojjat, a member of the board of directors of the Meat Poultry Farmers’ Union, pointed out that there is a shortage in production. Chicken “According to the plans made for the last days of the year, 120 million chickens were hatched, but we have no shortage of supply,” he said.

He added: “Last year, due to 140 million chickens, the price of chicken fell sharply, which in addition to the losses of poultry farmers, caused a part of corn and soybeans, which are imported with a currency of 4,200 tomans, to be practically dumped in wells because As chicken weight increases, the percentage of fat increases, which affects the national economy.

Hojjat assessed the situation of chicken production as favorable and said: “Considering the conditions of Corona and the supply of chickens with suitable weight, we have no shortage in supply and now that we are at the end of the year, the distribution of chicken is sufficient.”

The official pointed out that the variable price of chicken in the market has nothing to do with the producer, said: Currently, chicken is offered in stores from 20,400 to over 30,000 Tomans, and the responsible agencies must monitor the market because it is the duty The producer is the only production.

He continued: “We have stated many times that the rate of 20,400 Tomans is not affordable and the market regulation headquarters should announce a reasonable rate based on the cost so that production is not challenged.”

He stated that the price of chicken is one of the reasons for the turmoil in the chicken market and added: “Considering the price of chicken in the market, people are encouraged to buy so that they can fill their freezers at a low price, which causes Long queues form under coronary conditions.

According to Hojjat, although the consumption of chicken will increase at the end of the year, but despite 120 million pieces of chickens hatched and the extraction of about 240,000 tons of chicken meat, including the weight of 2 kg per piece of chicken, we have no shortage.

The official in charge of poultry consumption in the normal months of the year announced 170 to 180 thousand tons and added: in the last days of the year 30 to 40 thousand tons of consumption will be increased that the Ministry of Jihad Agriculture by increasing the allocation and age of the herd from 40 days to 45 days , Has increased the supply because on average, about 264 thousand tons of chicken meat is extracted from 120 million pieces, including the weight of 2.2 kg, which means that the Ministry of Jihad plans to increase production to 80,000 with a 5-day increase plan. Tons and figures have increased by about 40 to 50 percent.

A member of the board of directors of the Broiler Union, stating that the recent increase in the price of chicken in the market has nothing to do with the lack of supply, said: “With the lack of supply of chicken, the price goes up unbridled because in the last 2-3 days due to snow and road closures.” , It was not possible to supply chicken from the provinces to the slaughterhouse, which has led to a cross-sectional increase in chicken in the market.

He concluded by pointing out that there is a possibility that prices will rise again in the remaining days until the end of the year: All producers planned to sell their chickens at the end of the year, but there is no need to worry about shortages or price increases. It is not available in the market, although some stores may increase their prices.