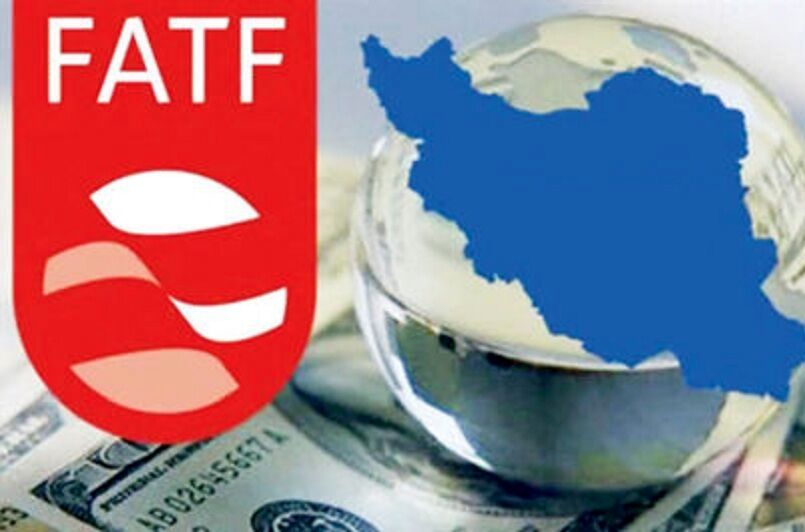 Ayatollah Ameli Larijani, chairman of the Expediency Discernment Council, said at a meeting last week that the FATF bills should be put on the agenda again after the Supreme Leader’s referral: Allow the Assembly to conduct its own research in this regard, and in this way, of course, the opinions and words of all sympathizers and committed experts will be welcomed.

The chairman of the Expediency Discernment Council also called the issue of the FATF very complicated and added: “Unfortunately, some people are trying to divert public attention with issues such as the supply of medicine and the corona vaccine and the like.”

Following the announcement of the reopening of the bill in the Assembly, و discussions and speculations have spread in the media. Some experts have reported the possibility of problems in the preparation and supply of corona vaccine due to Iran’s non-membership in this financial institution and stressed that to purchase the corona vaccine we must become a member of the FATF. In this regard, Ali Motahari, a former member of the Iranian parliament, recently wrote in a Twitter post that because Iran is on the FATF blacklist, it has not been able to deposit money to buy the foreign corona vaccine.

Government spokesman Ali Rabiee also implicitly confirmed at a news conference last week that Iran’s non-joining of the Financial Action Task Force on the purchase of foreign corona vaccines has made it difficult. The government spokesman said in part: “Regarding the transfer of money, according to the sanctions laws and FATF rules, several stages of money transfer were difficult and we faced obstacles.”

In recent years, opponents of Iran’s accession to the FATF-related conventions have argued that US sanctions against Iran would not only open the door to problems in Iran’s economic relations, but that we might even lose ways to circumvent them. According to these opponents, the ratification of these two conventions in the Assembly, considering the US sanctions on Iran and the severance of ties and financial and banking exchanges in Iran, talking about FATF-related bills and financial transparency is practically useless and imposes new costs. Some opponents also said that the passage of these bills is a kind of acceptance of double sanctions against our country and will cause the few remaining connections and channels of Iran to circumvent the sanctions to be revealed, in which case it will be much harder to deal with sanctions. In any case, the situation was changed in such a way that the consideration of the remaining two bills was practically excluded from the agenda of the Assembly, and this caused the Special Financial Action Task Force to blacklist Iran and call on its members to observe precautionary measures against Iran. .

Of course, it should not be forgotten that in the very first months of the signing of the Borjam agreement, the same issue and the non-implementation of FATF recommendations were among the problems facing trade and financial relations with other countries. However, with the presence of Trump and his sanctions campaign against Iran, the barriers and obstacles of the Financial Action Task Force were practically sidelined.

The fact is that Iran’s economy is going through difficult times. With the defeat of Trump and his campaign of maximum pressure and the announcement of Jobiden’s readiness to return to Burjam and fulfill the US commitments, it is expected to pave the way for a new era. One of the important infrastructures in this field is the removal from the list of countermeasures of the Financial Action Task Force. In this situation, without joining the FATF, Iran will face problems in its banking transactions and create conditions for self-sanctions.

On the other hand, joining the FATF is in the direction of multilateralism and compliance with and respect for international law. The FATF Recommendations have practically become part of international law, which many countries have accepted and adhered to. So if a country wants to act outside the framework, it is like swimming in the opposite direction of global currents. Because, willingly or unwillingly, all countries have to interact with other countries.

This provided an excuse for countries and companies trading with Iran not to enter into financial and trade relations with Iran. According to Heshmatollah Falahat Pisheh, former head of the parliament’s National Security and Foreign Policy Committee, ایران Iran’s accession to the FATF-related conventions takes the pretext of Iran’s opposition and strengthens its proponents of diplomacy.

The international affairs expert believes that even if the United States returns to the Security Council, the FATF sanctions will remain in place, meaning that our enemies are operating elsewhere and despite the lifting of sanctions, they are trying to prevent Iran from taking advantage of the situation.

One of the problems and challenges facing the media and intellectual system and, consequently, the decision-making system has been to combine different and sometimes unrelated issues. One of these issues has been the issue of Borjam’s relationship with the ratification of FATF-related conventions. In this regard, Falahat Pisheh, stating that we should consider the FATF as a separate issue from Borjam, said: the Assembly should consider the interests of the country without any marginalization or populism, and an expert discussion should be conducted. If friends decide that it is possible to join the FATF, they should join the conventions associated with it and not procrastinate.

“This does not mean that the country should put all its information in a system that is being exploited by the enemy, but we have to accept that at a time when the FATF is strengthening the diplomatic climate and in the national interest,” he said. The world welcomes diplomacy, Iran is the country that can make the most of this issue.

In any case, in less than a month, Jobiden will effectively take over the White House. He is expected to live up to his promise to return to Burjam and fulfill his commitments. In these circumstances, the situation of the country, which has been struggling with the most severe economic pressures for more than three years, in other words, economic terrorism, cannot and should not be involved in other issues, and space must be provided to overcome these conditions.