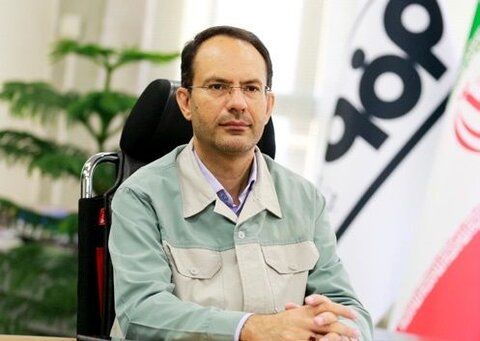 Increase of 550,000 tons in the main factory of Mobarakeh Steel

He added: “The production of 7 million tons of crude steel (more than 550,000 tons in addition to the year 1998) in Mobarakeh Steel was a proud achievement that all steel men gave to their country, and this record is thanks to the divine care, zeal and efforts of all personnel.” Mobarakeh Steel toilers, contractors and suppliers of steel chains were formed.

Mobarakeh Steel Company’s Vice President of Operation stated: The plans made since the beginning of the year, by recording various records and increasing production, prepared the ground for the final success. The last record set before the record of 7 million tons of crude steel was the daily record of 140 smelters in the steel industry. People who specialize in this field know very well that achieving 140 melts in one day requires complete coordination like a musical symphony.

Prevent $ 300 million in foreign currency from leaving the country

Akbari Mohammadi added: To express the importance of producing 550,000 tons of crude steel more than the production of 1998, two points can be mentioned. First of all, this increase in production is worth more than $ 300 million. Therefore, if this amount of production did not take place in Mobarakeh Steel, the country’s needs would have to be met through imports, and $ 300 million in foreign exchange would have had to be exported under these sanctions. As a result, it can be said that this amount of production means preventing the outflow of currency in the face of sanctions and greater self-sufficiency in the country.

Akbari Mohammadi pointed out: Sefid Dasht Steel Company, which is being built near Mobarakeh Steel, has been established with a production capacity of 800,000 tons of steel; Therefore, with the increase of 700,000 tons of Mobarakeh steel production, in addition to using the existing equipment and facilities more efficiently, it is like establishing a steel unit and adding another unit to the country’s steel production capacity.

In the end, Mobarakeh Steel Company’s Vice President of Operations thanked and appreciated all the people who directly and indirectly contributed to this increase in production.